OK, guess the native land of the wine personality who said these things over lunch: Riesling likes “rubbush soil.  Winning an award was a “bit higgledy-piggledy.  2010 “is going to be a cracker of a vintage.  A certain Twin Cities wine salesman is a “slick nickel. 

Yeah, that’s pretty easy. Only Aussies talk like that, at least in my experience. And this

particular Aussie, Yalumba’s Jane Ferrari, is a classic Down Under character. Especially when she talks history, and Yalumba’s century-plus-old roots:

“In the 1890s England was the target because it’s the colonial nature of the beast. Barossa was called the Vineyard of the Empire, cheap fortified wines. Our first building that went up was the still house. Nothing changed from the 1890s until the late 1980s, which was the first time we made more still wine than fortified. 

Around that time, Australian wine took off in the United States, fueled by inexpensive shiraz and huge scores on the spendy stuff from market trendsetter Robert M. Parker. As Ferrari noted, “People fell in love with us. We had a long day in the sun. 

Now, of course, the Aussie section of most every U.S. wine store has shrunk markedly, as $12-and-under-leaning consumers tired of the jammy Aussie reds, often opting for slightly less jammy malbecs and Spanish reds at the same price points. That has forced Australian vintners to retrench and regroup.

Or, in Ferrari’s case, hit the road and get a revised message out.

“I think we’ve got a hangover that we’ve got to get over. We allowed Southeast Australia to be considered a region when it’s really a marketing term. It’s the size of Texas and Georgia combined. I’d hazard a guess that you’d find a few different soils and microclimates there.

“People understand Napa, the Russian River Valley; they get Washington state. We come from specific, designated wine regions like the French and Italians, and it’s our job to get that word out.” 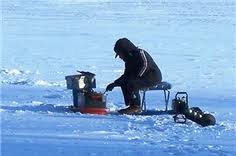 She spends a lot of time in the States ““ “Americans see themselves in Australia, the Wild West and the Outback thing” ““ and was gobsmacked during her recent visits by people fishing on a frozen urban lake.

But mostly she’s using her sense of humor ““ one local retailer emailed me that his side was hurting from laughter when she did a tasting at his place ““ and the other people skills that made her the reigning Wine Communicator of the Year on her native continent. (Further proof she deserves it: her delightful Yalumba blog.)

“Instead of putting all our money in trinkets and T-shirts, we get out there and open bottles,” she said. “It’s no different: Generation X, Y and Z, they all love a story. We’ve got the best story there is, the poor relation that made good.

“The general public is a pretty clue-y beast. They’re very good at sorting out the good from the indifferent. When you win someone one-on-one, you’ve got them forever, and that’s how family-owned businesses survive. 