While Ken Wright was passing along knowledge that stimulated our brains and pouring us wine that aroused our palates, he told us a story that warmed our hearts.

Once upon a time, there was a young man who had grown up in Wisconsin ““ Fond du Lac and Racine ““ and decided to head for California and learn about wine. He worked hard, as Upper Midwesterners tend to do, but couldn’t earn enough money to start his own business.

Then he met a man who had sold ties, millions and millions of ties, and gotten rich enough to want to start his own winery, even though nobody in his family knew anything about the biz. The winery would not be in Napa or Sonoma, but the vinferous backwater of Carmel Valley.

So they struck a deal: The Wisconsin guy would get the winery firmly rooted in terms of vineyards and winemaking. After five years, they would bring in an outside assessor, who would determine how much the operation was worth, and Mr. Fond du Lac native would get a percentage.

And that’s how Ken Wright Cellars came to be, with Wright getting seed money from Robb Talbott of Talbott Vineyards to pursue two dreams: starting his own operation and making pinot noir.

Why pinot? “I can’t think of anything I’ve ever eaten or drunk that defines where it comes from as well as pinot noir,” Wright said. “Some cheeses come close. 

When Wright decamped in the Willamette Valley, there were about two dozen wineries; today there are about 600. He hooked up with Freedom and Canary Hill vineyards in ’87 and Shea in ’91, and has been bottling wine from them ever since. Fifteen years ago, Wright stopped blending and stuck with single-vineyard wines.

All the while, he marveled at how wildly varying the conditions can be in Oregon. “We have never had two years alike,” he said. “Something different happens every year. I mean, that’s farming. 

When we visited in mid-August, toward the end of a remarkably cool summer, the grapes were still tiny and green. “I’ve been walking the vineyard for weeks, looking for color,” Wright said, “and the other day I said screw it, this is like waiting for a pot to boil. 

Even in a tough year, Wright’s strong focus on soil management means that his post-harvest role is “to be as transparent as possible, to be as protective as possible of the vineyard. My job is to not let anything get going in the wrong direction. People have made crap from great grapes. 

That does not mean a non-interventionist approach. In sunny years, which can produce higher sugars, “you have to add water or you have an unctuous wine.  Wright pays less attention to briox and more to pH, which, he said, “drives the ability of wine to age, and of everything else on the planet to age.  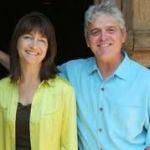 “In the end you have to be true to yourself and make what you love and hope things work out. 

In the meantime, Wright figures, let’s go snowboarding! He owns 14 boards, and his wife Karen is a world-class ‘boarder in her age group.

Clearly, you can take the lad out of Fond du lac, but “¦