I love it when a book reveals a lot about itself on the title page. Actually, this might be the first time that ever happened, there, right under the actual name of the book:

“wine snob: reference term for the sort of wine obsessive for whom the actual joy of drinking wine is but a sideline to the accumulation of arcane knowledge about it.”

But it turns out that “The Wine Snob’s Dictionary” is far from just a skewering of us cork dorks. David Kamp and David Lynch’s 2008 masterful work is at least as edifying as it is entertaining. 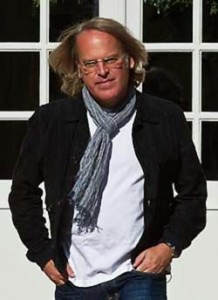 For instance, I learned that James Suckling (left) had apprenticed under Alexis Lichine before the authors delivered this kicker, which somewhat miraculously was not about his hair: “Like Robert Parker, he is a polarizer of snobs, some of whom value his expertise, others of whom find him an insufferable tool of the fractional-jet-share set.” Larry Stone (didn’t know he gained his fame at Charlie Trotter’s) gets it easier: “the avatar of the new-breed, customer-friendly, adorably compact American sommelier.”

I was delighted to find one of my favorite wine words in here: “spoofalated: scornful term invented by old-line winemakers to describe any wine so bombastic and overmanipulated by man … usually via excessive oak usage, but sometimes by way of overripeness or micro-oxygenation … that it lacks any varietal character.”

But mostly the book speaks truth to pompousness, and gets at some truths about wine: “straw-colored: default lyrical descriptor for white wines, used to evoke the pastoral aspects of viticulture and obscure the fact that most white wines resemble urine or cooking oil.”

I’ve had this droll tome on my bedside table for a couple of years, but it’s perhaps best suited for another spot: next to the “throne,” for easy, breezy scanning. You can open it anywhere and find a treat. Anyone not convinced should note that each of the entries cited above comes from the “S” section.