I have a new favorite wine movie.

I was sure my way better half and I had seen “French Kiss” before, but while soaking it in last night, we kept on saying, “none of this seems familiar.” Finally we gave up trying to “recognize” it and succumbed to its wit, wisdom and beauty (the people and the places).

I had come across it while researching an upcoming post on great (and not-so-great) films with wine themes or mere mentions. As I found movies beyond the obvious ones, or those (I thought) I hadn’t seen in a while, I started moving them atop the Netflix list. 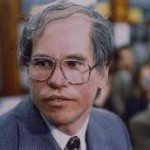 The first stab was a disaster: “The Saint,” which we had seen and somehow remembered rather enjoying. If we had ever been on crack, I could say “we must have been on crack when we saw it.” It’s a true abomination, with Val Kilmer douching his way through a performance that makes it clear why his career went in the toilet, ruining every scene up to the moment we hit “eject” 41 minutes in, just after the Chateau Latour showed up.

With confidence in our recall powers ebbing, we plowed forward with “French Kiss.” After a rather annoying opening with Meg Ryan way over-vamping, this rom-com held us in its thrall throughout. Kevin Kline was brilliant, putting on his best performance (alongside “A Fish Called Wanda”) and actually nailing a seamless French accent. After the early stumble, Ryan was at her most endearing.

The wine theme is tangential most of the way, with a smuggled vine as a prop setting up all manner of shenanigans; no reason to spoil matters by delving into later vinous plot points. Ryan and Kline’s timing and chemistry are spot-on, while Timothy Hutton and Jean Reno nail their roles as well.

The settings (Paris, Nice and southern France’s countryside) are lovingly filmed, and the

music, from punkish Les Negresses Vertes to Louis Armstrong warbling “La Vie En Rose,” is sublime. The sparkling, often biting dialogue includes a scene, later replicated in “Sideways,” in which Ryan describes a wine but really is describing herself, plus this wonderful assessment from Kline’s character, Luc:

“Wine is like people. The wine takes all the influences in life all around it, it absorbs them and it gets its personality.”

As in his previous masterpieces “The Big Chill” and “Silverado,” director Lawrence Kasdan deftly transforms viewers to another place; it’s utterly baffling (and maddening) that he has helmed only three films since this 1995 gem.

If you haven’t seen it, or maybe even if you “think” you have, “French Kiss” is well worth checking out.