My way better half was out of town. The most relentless winter in my quarter-century in Tundraland was showing no signs of letup. Obviously it was time for … Syrah Night.

This semi-annual occasion, inevitably followed by Large Noggin Morning, finds six to eight of us gathering around the table for some high-octane wines and some not-so-gentle ribbing. Arguments about the relative merits of Otis Redding and Barbra Streisand optional but strongly encouraged.

Some highlight’s of last weekend’s proceedings:

*Our vertical of 2006 wines from the grand cru-esque James Berry Vineyard produced a clear winner, and it wasn’t technically a syrah. Saxum’s blend includes only 43 percent of the grape, along with the usual Rhone suspects. It was intense but not dense, concentrated but harmonious and just plain delicious. The Carlisle Syrah was a bit tight and tar-like but showed great fruit and focus. The Copain was the leanest of the bunch, minerally and focused.

*In perhaps the upset of the night, an Aussie wine was the most elegant. The 1999 Fox Creek McLaren Vale Reserve Shiraz had great cut and balance, with a beautifully silky finish. The reward for my friend Brian for bringing the wine was cruel indeed: a couple hours of unrelenting hiccups.

*Another revelation came before we even opened the bottles: Kongsgaard makes a syrah (very limited production, available only to folks who, like my friend Cass, were smart enough to get on the mailing list early). It was not at all a surprise that this robust but supple wine possessed fabulous depth and character.

*Another “big boy” was the ’06 Pax Alder Springs “The Emerald Pool,” with that vineyard’s usual imposing mineral and tannins, plus great length. Showing less well were syrahs from Pride and McPrice Myers, both suffering from a jarring lack of depth that admittedly might not have been an issue on an evening with lesser competition. 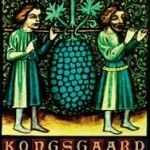 *The best food pairing overall was provided by two fabulous French entries, the 1994 M. Chapoutier Cote-Rotie and the 2002 Domaine Clape Cornas. But the Kongsgaard and Saxum absolutely rocked with the tastiest dish, wagyu beef brought by my ever-generous friend Joe.

Speaking of Joe, who often as not is more eloquent than I could ever hope to be, here are some of his thoughts on the evening:

1. Syrah is as universally successful as any grape could be. Outstanding examples are produced all around the planet. The range of styles is fascinating.

2. Syrah is the great red bargain, especially at the high end. To reach a similar level of complexity and drama with Cabernet or Pinot would cost at least 2X as much across the board and probably more.

3. Syrah can occasionally cause severe hiccups.

Joe and I remain utterly baffled as to how anyone who collects wine, especially those who stockpile cabs from California or Bordeaux, could not also have a good array of syrah in their cellar.

The good news: That leaves more for the rest of us.