For several years now, there’s been a lot of buzz in California wine country about landmark wineries facing major succession problems. The daughters and sons of the pioneers who in the 1970s and ’80s established Napa and Sonoma as fine-wine havens either wanted no part of the business or couldn’t find common ground on how to carry on. 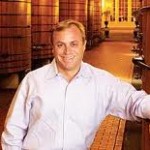 John Jordan (left) wasn’t going to let that happen, even if he did have to give up a successful law career.

And mess with success.

“Jordan had been a successful company whose brand equity gained favor in the 1980s,” he said over lunch at the French-style chateau his father, Tom, built in Sonoma’s Alexander Valley. “The willingness to examine ourselves as a company went away. People are naturally homeostatic. I came in and examined every aspect, not to change the original vision but to adapt it to the 21st century. 

Tom Jordan had built a lucrative business focusing on just two varietals: chardonnay and cabernet. After decades of sourcing all its fruit from Alexander Valley, Jordan already had switched to the Russian River Valley for its chardonnay when John came aboard less than a decade ago.

Then came the hard part: the cabernet. As John segued out of the law biz, he landed amidst a head-butting kerfuffle between the only owner and vintner the winery had ever known.

“There was a palpable tension between the way my dad wanted to do it and the way [winemaker] Rob [Davis] wanted to do it,” John Jordan said. “Dad believed strongly in estate bottling, so that’s what we were doing, getting almost all our grapes from the valley floor. There was a lot we didn’t know. 

What they (or at least John and Rob) did know was what seasoned wine consumers inevitably come to recognize: that Alexander Valley floor fruit tends to have “green” (herb and vegetable) flavors, sometimes to a fault. 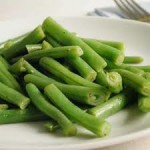 “We get a green bean thing from the magnesium in the valley-floor soil, and we wanted to get away from that,” Jordan said.

Step one: phasing out cabernet franc, which heightens the herbal elements, and subbing in more petit verdot to add some blue fruit to the flavor palette. Jordan now has 21 acres planted to petit verdot, the most in California, John said.

Step two: getting better cabernet sauvignon grapes. “Rob had started finding good grapes from the benchland [above the valley floor],” John Jordan said. “Dad believed strongly in estate and husbandry. Husbandry matters, but terroir and climate and all that goes into that matters more.

“It seemed to me that it’s very important to know what you don’t know. In my view, the winemaker should be making these decisions, not a lay person. 

As John started becoming more involved in the operation, he and Davis decided to see what altering the formula could accomplish.

“I said “˜Rob, prove to me that the benchland grapes make better wines. Play with a 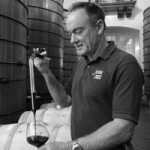 different box of crayons,’ “ Jordan said. “He made a “˜super blend,’ still low in alcohol, and we tasted it and it was absolutely better. And Rob (left) said, “˜if you let me do what I want, I can make it all taste like that.’ And with the 2007 we’re starting to see that. 

Amen to that. During our visit, my way better half and I sampled the ’03, ’05, ’07 and ’08 cabs and found the latter two clearly tastier (and bluer!), with plenty of depth and character. The latter attribute is especially important.

Why? Because Jordan’s chardonnay and cabernet had become enormously popular at restaurants, and over the years loyal customers naturally developed expectations of what Jordan wines are supposed to taste like. A radical alteration would have turned off countless consumers.

But with the new cab, John Jordan said, “Our house style is the same. Our alcohol didn’t jump. We just execute better on the house style. 

And that’s a succession execution that has worked for all hands.