A year ago this weekend I sampled a buttload of tasty wines at the Premiere Napa barrel tasting. Along with the outstanding/out-of-my-price-range Scarecrows, Continuums, Schraders and Pahlmeyers, there was some actual discovery: four delicious offerings from the Coombsville area.

Cabernets from Farella-Park, Palmaz, Porter Family and an Ancien pinot noir were hearty, 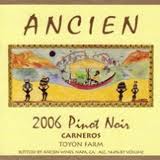 harmonious and delicious. While sipping them and talking with the vintners, I learned that Coombsville was aiming to get its own AVA designation in the coming months.

That happened on Dec. 14, and means that now wineries in this area east of the town of Napa (making it the closest AVA to San Francisco) can put “Coombsville” on their labels if 85 percent of the grapes were grown there. (The Ancien pinot noirs won’t bear the name since the grapes mostly come from nearby Carneros.)

Given how promising and accomplished the wineries there are, that helps mostly with marketing.

Indeed, American Viticultural Areas (AVAs) are primarily a marketing tool, aimed to distinguish the wines of an area. AVAs can be small (Coombsville), large (Napa Valley) and gargantuan (North Coast, encompassing Napa and five other counties).

The larger they are, the more meaningless they become, because the soil and microclimate can vary more drastically as any regional borders expand. That happened late last year, when the Alcohol and Tobacco Tax and Trade Bureau (TTB), which oversees AVAs, approved a 14,000-acre extension of the already too-spacious Russian River Valley AVA. 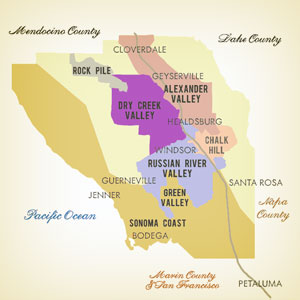 The gargantuan Gallo company had gotten behind this move because “” surprise “” it owns a lot of land in the affected area, and “Russian River Valley” is one of those names that actually helps sell a bottle. But even before the expansion, RRV wines varied a good bit in quality and style. Even wines from the Green Valley, a sub-appellation mostly contained within the Russian River Valley, don’t have a sure-fire flavor profile or quality quotient.

But I’m happy for the folks in Coombsville, partly because they seemed awfully nice, but also because I tend to root for the “little guys.” (Oh, and the wines rocked, too.)

And AVAs can provide a nice opportunity for experimenting and learning, even if the lessons aren’t ironclad. It’s fun to see if “Rutherford dust” really exists in the wines from that Napa AVA, and I love comparing and contrasting the subregions of Oregon’s Willamette Valley (Dundee Hills, Yamhill-Carlton, Ribbon Ridge).

But in general, the new ones should be smaller (a la Coombsville and another recent addition, Fort Ross-Seaview within the Sonoma Coast), and once established, they never should “grow.”

Still, it’s fun following them, and every so often you might learn something that saves money. Over the last year, my way better half and I worked through our Williams Selyem pinot noirs from 2004 and 2005. While the spendier single-vineyard offerings were quite good, the wines from the larger 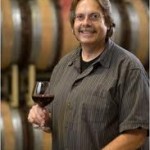 appellations (Central Coast, Sonoma Coast, Russian River Valley) were better, all of them outstanding and fascinating.

Takeout: With a single vineyard, winemakers are more limited, having to work with what a combination of Mother Nature and viticultural practices gives them in even the best of sites. But a master such as Bob Cabral (left) can work some magic by finding just the right blend from a larger area.

So when I sent in my latest Williams Selyem order last week, guess what I stuck with?