Writing about why so many accomplished wine writers were once sportswriters was a fabulous experience. The thoroughly enjoyable and edifying interviews produced waaaaaaay more content than I could fit into the story. Some choice leftovers:

• Alan Goldfarb knew more about dating than about wine back in the day: “[In the 1970s] I always took dates to dinner and impressed them because I could pronounce Chateauneuf-du-Pape. I had no idea what it was or why I could pronounce it.” 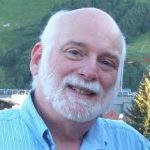 • Harvey Steiman on how he started down the vinous road: “I really discovered wine when my wife and I were on our honeymoon in Europe. We were introduced to wine as part of culture, the general benefits all the way around as part of your meal. We looked at each other and said, ‘this is pretty good; we should look into this.’ ”

• Linda Murphy worked mostly in public relations at wineries between her sports- and wine-writing careers, with one exception: “I worked one vintage in the cellar with Merry Edwards, at Laurier, which is now Hartford Court. She was a taskmaster, a perfectionist. At the end of that harvest she offered me a full-time job, and I turned her down because I had decided I wanted to write about wine. And she said ‘I don’t offer that to anyone, you know.’ I ran into her recently and reminded her of that, and she said ‘I don’t remember that, but it sounds like something I would say.’ ”

• Robert Whitley expanded on his philosophy of asking less-than-brilliant questions when reporting:  “When I was trying to learn about Italian wines, I traveled to Italy, and I guarantee you I asked a million dumb questions. It’s the same technique as if you were covering sports or City Hall: Ask the question that gets the response that helps me explain to readers what they are talking about. After all, if you visit five different wineries in Tuscany the same day, you get five different philosophies of making wine.”

•Lewis Perdue shared a story from when he was faculty advisor to the UCLA newspaper, and how  he dealt with a headline involving Oregon State (nickname: Beavers). “The sports editor came to me with this: ‘Beavers muff chance to snatch Pac-10 lead.’ I said ‘you will have hell to pay.’ He said ‘What would you do?,” and I said I would run it. The next day we had demonstrations, all kinds of controversy, and I don’t think [the editor] has ever stopped laughing about it.”

• Perdue also explained why he stopped writing about wine: “I started to realize I had a bad connection between my palate and my vocabulary. I realized that if I sat down with 12 cabernets, I was somehow determined to make them all seem unique. But once you have cabernet character, you get a lot of similarities. Is it a blackberry or currant? Could I tell the difference between black cherry and regular cherry? Probably not. I realized I was writing for the sake of writing. And I started looking at other wine writers and how on one wine they would write 100 words or more. I thought, ‘how deep into your imagination do you have to reach to describe a wine that much?’ So much of it, just like sportswriting, is bullshit.” 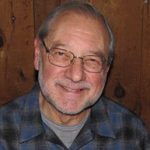 • Dan Berger delineated the difference between numbers on the two beats: “Telling who won is like putting a score on a wine. How and why the wine is what it is, that’s what people were interested in. Once a wine gets 97 points, you know it’s good. The question is how it got that good. So a good wine writer needs to know a lot about winemaking. … When a shortstop boots a grounder, you don’t ask why; it just happened. When a wine is not good, you need to ask why, but you need to be very subtle. The why part is absolutely crucial; who, what and where are essential, but they don’t tell the whole story.” 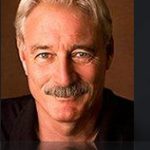 • James Laube said he was proud to be part of an evolution in wine writing: “When I started, there weren’t wine writers; there were wine columnists. At the Wine Spectator I believe we’ve created modern wine journalism, turning consumer stories and bringing this to life, call-to-action journalism. The style of wine writing that’s been adopted by everybody, we were able to craft that. We understood how to get a story into play. The Wine Advocate, that’s not journalism; that’s a guy spray-painting words onto a page.” 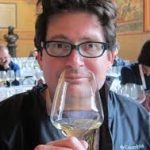 • W. Blake Gray had a different take on the magazine: “[Years ago] I was intimidated about writing about wine. I would read Wine Spectator and think, ‘wow, these people are so knowledgeable about so many things and so confident. How could I, an ordinary person, tell a 92-point wine from a 90-point wine?’ One day I started analyzing the magazine from a writing perspective. Sure, their tasters sounded authoritative, but their feature stories were boring. I realized I couldn’t get through an entire Wine Spectator feature without my eyes straying from the page. And the Spectator wasn’t alone: Most wine stories were simply dull. Many wine stories are people stories, and they weren’t well told. I was worried about my lack of training in wine, but I realized that I could tell a story in a way that not enough people were doing.”

• Gray also had few regrets about leaving the sports world behind: “And did I mention the lifestyle? I miss going to ballgames and having prime seats (again, the NBA: right there in the front row!) and asking players how it felt to catch that last-second pass. I do. But I fly around the world going to beautiful regions, eating in great restaurants and drinking great wine with interesting people. That’s a pretty good trade.”