Throughout history, Bordeaux’s wines have evoked lofty words, plus the occasional pun. To wit::

“At the Royall Oake Taverne, I drank a sort of French wine called Ho Bryan, that hath a good and most particular taste that I never met with. [This was the 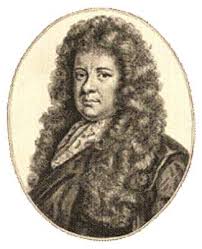 “I had to cook a dinner glorious enough to complement the Lafite. It took four days.” − Gael Greene

“The Wines of Bordeaux give tone to the stomach, while leaving the mouth fresh and the head clear. More than one invalid abandoned by the doctors has been seen to drink the good old wine of Bordeaux and return to health.” − Comments by members of the Jury judging Bordeaux wines submitted at the 1855 World’s Fair in Paris

“Between May 1985 and May 1988, the French writer Jean-Paul Kauffmann was held chained and often blindfolded in a Beirut basement. A lover of Bordeaux, Mr. Kauffmann recited daily the list of the 61 greatest chateaux drawn up in 1855. He strove to conjure up the aroma of a Chateau Margaux or a Leoville-Poyferre.  Occasionally a small miracle would occur, and the scent of black currants and plum would permeate the dusty heat of Lebanon.” − Roger Cohen, New York Times

“If Claret is the king of natural wines, Burgundy is the queen.” −Moliere

“He talked with more Claret than clarity.” − Susan Ertz