I’ve been reading and seeing some pretty positive stuff about a new device called the Coravin, potentially the best preservation system to date for those wanting to enjoy wine by the glass.

Unfortunately, the company has yet to send me a sample of the $300 thingie, but my pal Mike Dombrow, the redoubtable, burly-armed wine buyer at Sunfish Cellars, got to check it out. His account:

“A trivial problem arises for many wine-cellar hounds: What do you do when you 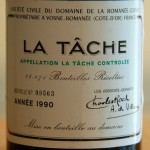 wanna open up a nice bottle but have no one else to share it with and know that it won’t be consumed entirely within a day or two? Often the answer was to choose another, lesser wine and let the fates decide if it held up. But now a new option for this dilemma has been proffered; you now can drink up with near impunity from day one to near infinity.

“The Coravin is pretty slick: Attach the thing to the bottle (kinda like one of those horrible “rabbit” corkscrews), push the needle through the cork (I tried it through foil, young wax and old wax ““ the needle went easily through all but needed to be cleared of the harder wax after using), tap the button to put a small amount of argon into the bottle, tip it into your glass and pour. Et voila! The system fills some of the space created from the wine in your glass with argon and the cork seals itself up when you remove the needle, leaving a near-perfect seal and the wine still intact. 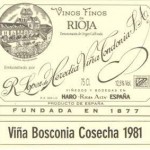 Cabernet Sauvignon, 1998 Rocche dei Manzoni St. Stefano Barolo, and 1981 Lopez de Heredia Bosconia. I tried to run the gamut of wines that most collectors or drinkers would have in their cellars. Each of the wines were good and healthy right out of the gate and I saw little degradation on the second and third pours (three and five days after initial Coravin-ing) but the magic happened on the fourth pour: The wines (except for the Lopez) were the same as the rest of the pours! Seven days after pouring the first glass, and the wines were as healthy, hale and delicious as the very first pour*. Tres cool!

“The Lopez de Heredia responded differently to the Coravin after the third pour and I put that down to the wine’s age and sensitive nature. The wine was still drinkable on the fourth pour, but it had started to degrade. I don’t see that as a failure of the Coravin but as a trait of that particular bottle (the ’81 Bosconia is a delicate wine that oxidizes very quickly when opening). I would venture to guess that many extremely mature wines will operate similarly to the Bosconia during use with the Coravin. I did start the test on another bottle of the ’81 but am waiting a week between each Coravin’ing. I am also re-doing the test with the other wines but increasing the time between pours to three weeks. 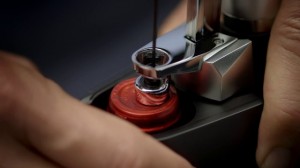 enjoy nearly any of their wines whenever they desire. The Coravin, however, isn’t suited towards the more casual drinker: the price tradeoff between the cost of the unit and the gas canisters ($300 for the unit and $10 per canister; each yields about 15 3-ounce pours in my experience) puts the average $20 bottle into the money pit. Sure the thing works great on those bottles, but when you average out the costs, I think you’d be in the hole by the time you empty the bottle. But for anyone who wants to dip in and out of their cellar nearly anytime they want, the Coravin works perfectly.”

* ““ “There was one noticeable change in the wines on the fourth pour: They were shut down or quiet straight into the glass. After a couple of minutes (or extremely vigorous swirling) the wines opened up and drank normally. I don’t know the science here, but I would guess that the argon had started to integrate into the wines and was released after getting some fresh oxygen into the wine.”