Winemakers tend to be open books, not given to circumspection. Even by those standards Fintan du Fresne is a candid kind of guy.

Perhaps because his father is a journalist ““ among New Zealand’s most respected wine writers ““ the Chamisal Vineyards winemaker is prone toward refreshing candor rather than rote answers. Rather than risk getting in the way, I’ll let Fin roll: 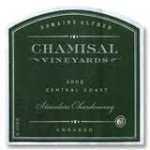 *”We could put oak on it and sell far more wine,” he says of Chamisal’s signature wine, the delicious Stainless Chardonnay ($18).

*”Other people say that chardonnay shouldn’t show primary fruit. That’s what stainless is all about: Here, try this. 

*”We don’t call that adding water” when high Brix (sugar levels) prompt them to, well, add water to the fermenting juice. “We are allowed to “˜rehydrate grapes’. We often call it “˜post-harvest irrigation.’ If something comes in at 32 Brix, like shriveled raisins, we have to do that. If the Santa Ana blows in, we can go up five Brix in one night. Last September we had four days of 110 degrees, and the grapes went from 23 to 32 Brix. You can’t get it all picked at once.  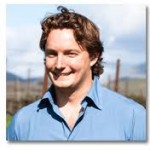 *”There are a lot of people who want to emulate Burgundy. Good luck to that. I’m not the guy. 

*On the grassy/cat-pee flavor profile of New Zealand sauvignon blanc: “Cloudy Bay couldn’t get it ripe, so they developed that style, and the others followed. There’s some great sauvignon blanc coming out of Marlborough, but it’s hard to get here [he cites Hawkes Bay and Matua Valley Paretai].The most underrated wines in New Zealand are the sparkling wines. There’s also some phenomenal riesling, gewurztraminer and pinot gris.”

*On the pinot noir craze: ” ‘Sideways’ was maybe a catalyst, but it was going to happen anyway. 

*”The 100-point system has always been a bit silly because it’s really 20 points. It’s putting the power in the hands of two or three critics. Individual people shouldn’t have the 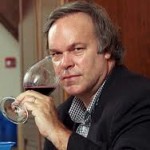 power to define what we drink “¦ Robert Parker [left] saw the writing on the wall and, like a pro footballer who bows out before he ruins his knees, stepped aside. 

By the way, the Chamisal wines I sampled with Fin were wonderful (we didn’t even try the Stainless Chard because he knew how much I already liked it). The Estate Chardonnay had gorgeous tropical fruit and spices, and the “Califa” Chard ($38) took those attributes up a few notches. The “Califa” Pinot Noir ($60) was rich and robust but also elegant and not overly extracted like so many post-“Sideways” pinots.

All of these wines boast a purity befitting their maker.