It’s hard not to become quickly enamored with a guy who proclaims that “riesling is my beer,” confides that *I don’t have to be the first, but I like to be the best” and can even make a Henry “I’m the big cheese” Kissinger quote sound good.

“Kissinger used to say,” Solomon (left) said during a Twin Cities presentation of his outstanding portfolio, “that one of the great things about being well known is that if the audience is bored, they think it’s their fault. 

Setting up shop in the late 1980s “with obscure producers in places that weren’t even appellations yet,” Solomon found slow going at first, but remained steadfastly focused on “the family-passing-the-baton theme” and “place over process.  Often, he quipped, his wines were “unfiltered, unfined and unsold. 

But through astute choices and a passion for these wines, Solomon developed the kind of reputation that prompted many of us to confidently shop via the back label ““ looking for his imprimatur ““ when the front label had that obscurity thing going on.

But part of Solomon’s reputation is changing. Not the reliability but the geography. As he correctly noted, “People say, “˜that’s the guy who imports all those Spanish wines. 

But while he remains the world’s largest importer of wines from the Priorat region, he has headed north, across the Pyrenees. And it’s not a reach or a stretch, he pointed out. “Rousillon is part of Catalunya. Bandols and Cornieres are, too,” Solomon said. “In a lot of these places, French is spoken second. 

So the Solomon portfolio, now called European Cellars, extends across the south of France. 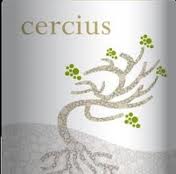 And when the event’s pours shifted to Spain, his vast knowledge of and enthusiasm for Iberian wines became quickly apparent. “We’re going to be hearing a lot more about Galicia [a region just above Portugal] in the coming years,” he said at one point. At another: “Godello will be the Chablis of Spain. It can be a 20-plus-year wine if made properly.  And finally: “Prensal [a white grape grown exclusively on the isle of Mallorca] is chardonnay in the witness-protection program. 

Indeed, a 50-50 blend of prensal and chard (Binegral Nou Nat, $33) proved yummerific, as did a gorgeous Rafael Palacios Sabrego Godello ($16) and spendy but way-worth-it albariÃ±os (Pazo de Sen/orans, $25) and verdejos (Ossian, $44). My favorite reds were the more expensive ones: ripe, meaty Haciendo Monasterio Ribera del Duero ($54) and the ridiculous, large-an-in-charge 2005 Clos Erasmus ($145) that Solomon sprung as a late surprise.

While we were working our way through these delights, Solomon kept the bon mots, replete with both humor and common sense, coming. One of my favorites:

“I don’t know what wood would bring to these wines except price. 