She’s not about to complain.

“It’s good to be in the Wine Spectator no matter what,” Edwards said at her winery on the northern end of Sebastopol, Calif. “The sauvignon blanc gets the attention because it’s so 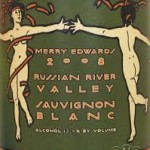 different. It’s barrel-fermented; no one [before her] wanted to do all barrels. Guys who don’t like sauvignon blanc like this one because it has body. “

Indeed, it is a lush, lusty, voluptuous but balanced offering, year in and year out, thoroughly Californian but for one thing.

“People don’t have the right vision of sauvignon blanc. They don’t think it’s ageable. I make wines that age, that’s my thing,” she said.

She started making it in 2001, “and it took off like a ruptured duck. It’s interesting to take on a variety that’s out of favor. People were pulling out sauvignon blanc and putting in pinot and chardonnay. Now people are planting sauvignon blanc all over [the Russian River Valley]. 

Still, Edwards, who made her bones as a winemaker and/or consultant at Mount Eden, Matanzas Creek, Michel-Schlumberger, Murphy-Goode and even a few wineries whose names don’t begin with “M,” seems like she has pinot noir coursing through her veins. A 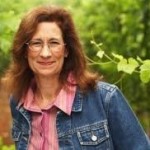 handsome woman who looks younger than her age (which I shall not share), she started her winery in 1997 and quickly gained a cult following for her pinots.

“Our offices were in the basement at home in Forestville, and it was me, my sister and a lady from across the street,” she said. Now she has a spanking-new, solar-powered facility with a radio-operated punchdown system; a corner office next to a state-of-the art laboratory (the adjacency “is not a coincidence,” she said with a big ol’ smile. “I’m compulsive about having all the data. 

She has seen a sea change in the quality of pinot noir and the quantity of wineries making it, particularly in her beloved Russian River Valley

“Thirty years ago nobody knew what the Russian River Valley was,” she said. “But with good clonal choices, better planting, better canopy management, better nutrition systems we now see what it can be. 

“It’s not just because people figured out how to make great wines. The special nature of this place, the physical nature is what makes it great. So actually the Russian River Valleyis the grand cru of America, maybe the grand cru of the world. 

Not that she wants to see it designated as such. “I disagree with the concept. Number one, it’s a French system. Plus, we’re already getting in trouble with the appellation system. To me the [name of the] region defines the quality. But it also can end up like a caste system, where you can never escape it. 

Edwards said a lot of credit also belongs to collaborations with Oregon vintners at an annual technical symposium that began three decades ago. “People would bring problem wines and good wines,” she said. “Back then the movers and shakers were not only sharing their wines but sharing their research. It was primarily related to winemaking technique, but it was effective at unifying people.

“Pinot noir winemakers are fanatics. They love sharing their information, which cabernet people never do.” 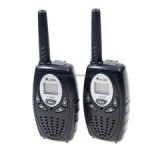 For all the progress on the wine front, Edwards has not seen nearly as many strides on the gender front. She has a pretty good why. “It’s a difficult career for women in terms of having a family. You’re doing a lot of traveling, which is really hard when you have small kids,” she said.

“I timed my kids not to be born in the middle of harvest, which most do. My mom came out for harvests. I never could have done it without her. When I was at Matanzas Creek, we had a walkie-talkies to let me know when to come breast-feed.

“You’ll notice that quite a few women winemakers don’t have kids.”