Michael Scholz might be from Down Under, and he might be the winemaker at a place that accounts for 10 percent of Napa’s sauvignon blanc output. But the last thing he wants to do is produce a New Zealand-style sauv blanc. 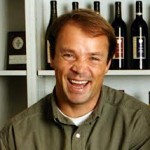 lime and melon and an upfront richness that he seeks.

Some of that comes from a “weening” process of sorts undertaken by the winery nearly a quarter-century ago. “In 1988 and ’89 we flagged vines that had amazing flavor,” Scholz said. “We propagated them to a couple of dozen vines and then a couple of rows, and now they’re the vast majority of our selection.

“They’re not unique clones per se, but unique selections. 

Making this white wine even more lush is the Napa winery’s microclimate. Unlike many winemakers who gush about diurnal coolness, Scholz welcomes his vineyards’ warm nights. “There’s more acid degradation,” he said. “More heat means the vines tend to stop at night, so it’s pH up, acid down. A vine tends to stop at night [without cooler temps]. 

The wines are rich enough ““ especially with a bit of semillon (“you only need 5 percent of that to get palate expansion”) — that the St. Supery’s sauv blanc can handle oak. Unlike peers who stick with stainless steel. Scholz ages the supple, flavor-packed Dollarhide Ranch Sauvignon Blanc ($30) entirely in oak, including 17-percent new French barrels.

Scholz takes the opposite tack with another white grape. *With our chardonnay,” he said, “we find a more elegant approach with no oak. When you take it off oak, it’s a different animal. We leave it on the lees four to five months to encourage mouthfeel, and chardonnay seems to want that. 

The result is a tangy, tasty, juicy chard that retails for just $20. That’s almost as screamin’ a bargain as St. Supery’s Napa cab, priced at a very uncharacteristic $30 and possessed of great depth and yumminess.

The Dollarhide Ranch was purchased by the Robert Skalli family when they started the winery in 1982. It has 13 soil types, Scholz said, and is managed by Josh Antsy, who was hired straight out of UC-Davis in 1999 and “has the heart and soul of a farmer,” in the eloquent Aussie’s words.

Most of St. Supery’s juice comes from Dollarhide, a longtime cattle and horse ranch whose elevation (600 to 775 feet) provides a desired effect for Scholz. “We want aroma and lift,” he said. “Plus, doing estate wines is for me a brilliant opportunity to reach a goal of having consistent wines. 

And consistently swell wines, best I can tell.