Well, it’s been a hectic and hellaciously fun stretch here. A few gleanings from recent experiences: 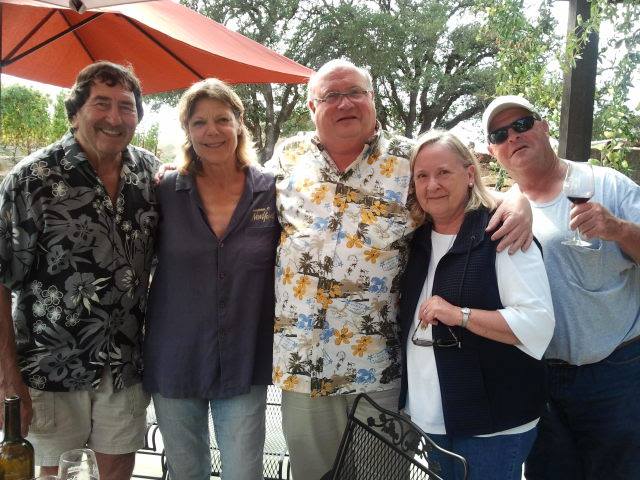 • Thanks to one of the coolest and nicest people in the biz, my friend Kate’s introduction to Wine Country was especially memorable. Kent Rosenblum (left), whom I caught up with last month, invited us to a picnic at a Russian River Valley vineyard he owns, Lone Oak. The weather was perfect. The food was amazing (my first abalone, and hopefully not my last). The setting … well, when someone from Napa/Sonoma calls a place “really beautiful,” as my friend Ann (second from left) did in this case, that’s saying something; it was magical 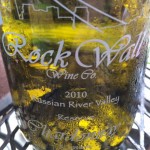 and mystical. And of course there were delicious wines on hand, including a stunning 2o1o Rock Wall Chardonnay. Its freshness and vibrancy indicate that Kent’s daughter Shauna has quite a future as a winemaker.

• That blissful 3 1/2-plus-hour outing came on the heels of judging for the Sonoma Harvest Fair. For those those who think that’s more fun than work, two words: 52 zinfandels. My puckered mouth made me feel like Moe Howard after drinking allum-laced punch in the Three Stooges classic “No Census, No Feeling.” Somehow amidst all that, I correctly identified a Carol Shelton wine. She makes distinctive, delicious zins, and our panel awarded her Rocky Reserve a double gold. Another stunner: a dessert chardonnay from Sonoma-Cutrer.

• As if a week in Sonoma weren’t euphoric enough, I was blessed with an unforgettable night of wines (maybe my favorite array ever) with some friends 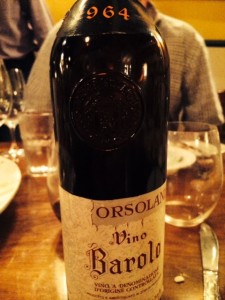 to fete my retirement/transition. The food at It’s Greek to Me was downright fabulous, and one wine after another stood out, with just one slight disappointment among a slew of 20th-century bottlings: a 1964 Barolo, older than my friend Brian who brought it and still fill of life; a stunning 1985 white from Laville Haut Brion; stellar red Bordeaux from 1982 and ’85 and Chateauneuf-du-Papes from ’90 and ’99 and the otherworldly 1992 E. Guigal La Mouline.

• I never cease to be surprised when a red wine turns out to be better on the second night — not “still good,” better, 24 or so hours after it was opened and sampled. This seems to hold especially true for Rhone grapes and blends. The latest example: the 201o Philippe Gimel Saint Jean du Barroux L’Argile, which got both heartier and smoother in a day’s time. Some wines, as they say, just get better with age.