What a month! Perhaps the two best wine dinners I’ve attended, at least from the bottled-juice standpoint. Tons of fabulous trade events and even a home visit from a fetching young French woman (have I mentioned that I love my gig, and my life?). Highlights: 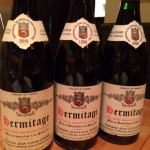 • The deeper I delve into wine, the more I realize how little I know about it. At a fantabulous Northern Rhone tasting the other night, my friend Nico said we would do a flight of “La-La’s,” the amazing Côte Rôties from E. Guigal, before the vertical (1988-90) of J.L. Chave Hermitages (left). Once I sipped the ethereal but intense 1990 La Mouline, I hazarded a guess: “Is it because the Côte-Rôties are more feminine than the Hermitages?” “Oui,” said. Nico (he’s French). That La Mouline, btw, was my runner-up Wine of the Night to the ’89 Hermitage. 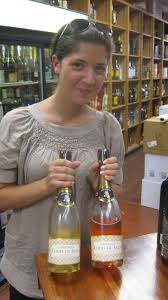 • The next morning Yaël Sacy (left), ambassador extraordinaire from the stellar Champagne house Louis de Sacy and an almost dead ringer for “Ferris Buehler”-era Mia Sara, dropped by for a visit with my friend Ulf. She recounted the origins of her family’s vineyards in Verzy back in 1633, although they were dormant for eons until Yaël’s grandfather started making bubbles in the 196os. I asked if the winery stamped disgorgement dates on its bottles, as many others are doing. “No,” she said. “That date can mean anything, or it can mean nothing.” She showed similar straight-shooting when describing our first bottle. “It has zero dosage. With no sugar, you cannot hide anything.”

• Being a pack rat, I have stuffed wine-themed papers into a few folders over they years. In sorting through one last week, I found a Xeroxed clip from almost 150 years ago that my friend Bruce had unearthed and shared. I was going to try to describe it before I realized I could just shoot a photo and share that: 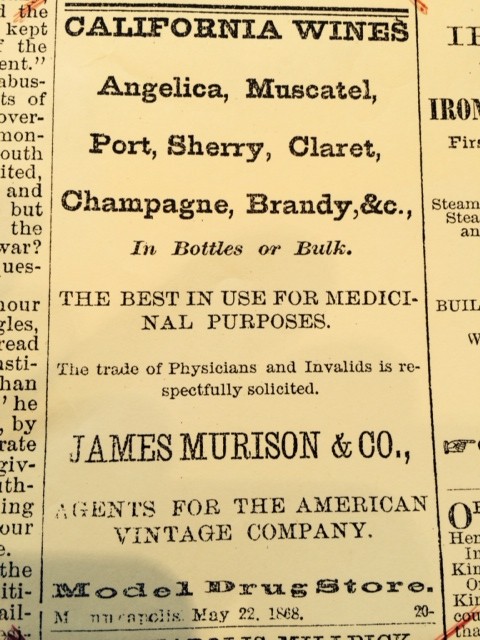