Observations and revelations from the wine world:

• Had a really fun dinner last week with some fellow pinot-files, tasting blindly. Interestingly, many of us, including 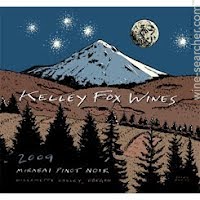 some serious Burghounds, had trouble determining whether a few of the wines were from Oregon or France. The most confounding of the bunch turned out to be from a winery none of us had ever even heard of, Kelley Fox; it was weird and wonderful. But the most favored wine was a 2002 Radio-Coteau Hellenthal Sonoma Coast Pinot Noir. Voluptuous but firm and focused, it had fabulous layers of minerality and seasoned fruit. Oh, and the food at the Kenwood was spectacular.

• Speaking of fun nights, on Feb. 13, about 40 Minnesota and Wisconsin wineries will be pouring their juice at the downtown Minneapolis Hyatt. I’ve said it before and will say it again: These wines are getting better every year. Anyone who hasn’t tried a Minnesota wine in the 2010s and still thinks they suck is just plain wrong — and should show up at this Winter Wine Fest event and thank me then and there. Tickets are $40, but you can get $5 off here with the promo code DECANT.

• Great points in Andrew Jeffords’ take on whether China will overtake the U.S. of A. as the world’s top wine-quaffing country: “I think it’s inevitable — given that China’s population is more than four times larger than 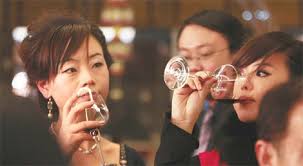 that of the USA; given that most Chinese drinkers regard wine as health-bringing; given that meals are a focal point of Chinese life and that the Chinese gastronomic tradition is unsurpassed; given that there are almost no religious proscriptions on alcohol in China; given that China’s tea culture makes the concept of terroir easy to understand; and given that China’s greatest poets celebrated the drinking of ‘wine’ to the point of intoxication well over a millennium ago, during the T’ang dynasty, and that getting mildly sozzled with your friends on almost any beautiful pretext has been a matter of cultural aspiration ever since.”

• More Jeffords, from the same piece, on a completely different topic: “[Jo Purcell, who set up Farr Vintners’ Hong Kong office in 1997 and has run it ever since] feels that the much-publicised switch from Bordeaux to Burgundy may be ending. ‘The problem with Burgundy,’ says Purcell, ‘is that everybody wants the same growers — Rousseau, Dugat-Py, Roumier, and there’s not a lot of supply, so the prices have gone up massively. But Bordeaux prices have come down. Top Burgundy was attractive at £3,000 a case when the First Growths were £10,000 a case. Now the Bordeaux may have come down to £4,000 a case, whereas the Burgundy has gone up to £6,000 a case. We’re seeing a lot of people come back to the Bordeaux market because the mature vintages — and I stress the mature vintages — are at the right price.’ “