Years ago, I determined that experiences were a better gift for loved ones than material goods. I’ve also tried to live that way, treating life as an endless series of gifts in the form of great experiences. Luckily, I’ve had a swell set of friends and our lifelong pal fermented grape juice to make them count. Some recent happenstances:

• It was Boys Syrah Night last night, and another stellar time was had by all. Not as raucous as usual, and that’s not a bad thing. These kinds of nights always seem to provide revelations and reminders. Last night provided more of the latter, starting

with a reminder of how good Australian shiraz can be, courtesy of Brian’s 1999 Fox Creek Reserve. Tar-laden and loaded with mineral content, this rich beauty was nothing like the often bombastic Parker favorites. A stone-cold delight.

Also enjoyed offerings from Cayuse, Denner, Carlisle, Donelan Family and its predecessor Pax. Another jolt of remembrance: Isole & Olena’s wonderful bottling, which also had been a highlight of the very first Boys Syrah Night several years ago. Yes, Italian syrah can be fabulous.

We had a winemaker guest, local native Shane Finley, and his 2011 Shane “Unknown” showed really well. 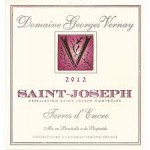 But my wine of the night was a St. Joseph, the 2011 Terres d’Encre from Domaine Georges Vernay. My Delectable tasting note: “Great purity and flavor and texture and backbone and …”; yes, its wonders were nigh onto endless.

• While we’re talking syrah, here are some cool and surprising factoids about the grape sent out recently by a local wholesaler:  One of syrah’s parent grapes, dureza, is a sibling of the Piedmont variety teroldego, the first evidence of a genetic link between grapes that crosses the Alps. … Syrah’s other

parent, mondeuse blanche, is genetically linked to pinot noir … Syrah is being grown in Hawaii, at a vineyard on Maui called Tedeschi (left).

• I was sampling Italian reds the other night and had an odd take on two nice Banfi wines: The 2012 Chianti Classico was ripe, almost syrupy and made in a very New World style; the 2010 Chianti Classico Riserva was juicy with lovely, firm acidity, made in a distinctly Old World style. Maybe it was the vintages. Or maybe Banfi is trying to have something for everyone.

• It’s been gratifying and fun to see the estimable Hosemaster of Wine write more often about wine tastings, especially since he leavens the posts with his usual biting wit. But he also imparts wisdom, as in the linked post when discussing the 2012 Tablas Creek “Esprit de Tables”: 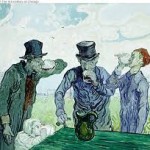 “It’s just a pleasure to drink. That’s one of the things about great wines. Your first impression of them is simple and intense pleasure. Analysis flies out your ears, your mind goes blank, while all of your pleasure measures go off the charts. Great wines have a sensuality that cannot be faked, like the best lovers, the ones you think about even years later and want to be with again. You don’t care how they do it, you just want it done to you again. 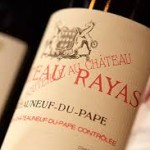 numbers are transparently stupid. It seems incredibly idiotic to me to lump all of the great wines in the world into 99 or 98, and assume that has meaning. It’s insulting to the individuality and greatness of the wines. Rayas equals Chave Hermitage equals Grange equals Petrus equals Romanée-Conti? That’s like saying Einstein equals Van Gogh equals Twain equals Beethoven equals Astaire. Genius and greatness defy categorization, and that should be respected.”