I’m working on a post about this past week’s wine judging, but in the meantime, a few notes and anecdotes from my wine world: 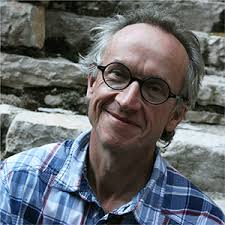 “So where would you go? Napa is as expensive; the Douro isn’t quite on the radar yet; Rioja’s appeal is a different, more relaxed and ready-aged one; there just isn’t enough great Burgundy to go around (and too much Burgundy that isn’t remotely great); while the Rhône’ is wildly diverse because it’s two separate regions of vastly different styles and proportions. The Southern Hemisphere doesn’t quite compete yet: Australia and South Africa are both feeling their way towards naturalness of articulation in their key red-wine terroirs, while New Zealand needs the proof of time: older vineyards and vines, and more vintages for its key zones. Chile struggles, through a snowstorm of charm, for grandeur; Mendoza’s great reds have almost too many dimensions for their own good.  Less expensive, middle-ranking Bordeaux would be an excellent place to go – were it not sold with a leaden lack of imagination and excitement, and were it not contaminated with the growing antipathy engendered by grand-cru pricing policies.”

• Speaking of overpriced juice, according to one study, fine-wine buying has risen by 234 percent in the last decade. One 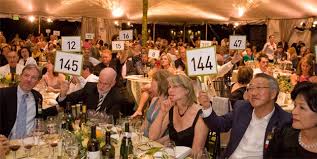 reaction: Guy Tolhurst, managing director of Intelligent Partnership, said, “Wine collecting has been a hobby for hundreds, if not thousands of years, but more recently fine wine has been recognised as a genuine alternative asset class, providing significant diversification benefits from mainstream financial markets. Now, to fulfill the wishes of many people reading this, I am going to go fuck myself.”

• I might be about to f*** my own self. For years, I have received thousands of sample bottles, and I have done exactly what the folks sending them wanted: write about the wines I really like, and not write about the crummy ones. It might be professionally imprudent, but I am going to break that pattern just this once (maybe).

I have received four red wines in the last couple of years labeled Emiliana “Natura,” and all have been wretched. I keep private ratings on wines, 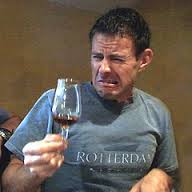 inserting a decimal to make the range 5.0 to 10.0. The best score I have given one of these wines was a 7.1, and this week I handed a pinot noir probably my worst score ever, a 5.2. The descriptors ranged from “bad elements, really out of whack” to “seriously stinky; yuck!” They were in different shipments, so they weren’t “off” bottles.

Funny thing is, the two whites I’ve tried were mediocre to actually decent. But the reds are the reason why someone should start a website called plonk.com or don’tdrinkthisstuff.com.

It shan’t be yours truly. However, if you email me at bwdecant@gmail.com, I’ll send back a few tasting notes on truly crappy stuff, some of the foggiest frogs I have kissed in this often laborious endeavor.