I’m behind on everything, including passing along nuggets from my experiences at home and on the road. Some recent notes, quotes and anecdotes: 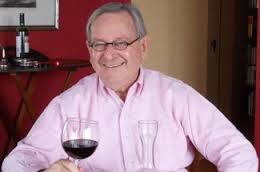 •During a wine-soaked afternoon, we were yacking about Gerald Asher (left), and my friend Larry recounted a dinner with one of my favorite wine writers that included a great assessment (non-vinous). Turns out Asher is also a classical-music aficionado, and was asked which of Gustav Mahler’s symphonies was the longest. His answer: “whichever one you’re listening to.”

*Last month, a friend hosted a Bergstrom wine tasting, very informal and lots of fun. And man oh man did the 2012 pinots rock. They show more structure than the ballyhooed ’08s and are very expressive young, which Bergstrom wines generally are not. In other words, they can be consumed young or cellared. And I am already setting aside semi-major money for 2012 Oregon pinots, which have been hitting the market of late.

• I’m also quite pumped about New Zealand pinot gris, although with a lot less first-hand experience. But two recent samplings of this varietal — Amisfield Central Otago and Wairau River Marlborough, both from 2012 — were superb experiences, with freshness, balance and length galore, not to mention gorgeous fruit. A 2011 Marlborough Pinot Gris from Kim Crawford’s new venture, Loveblock, was a sensational find last year. They’re still a bit tough to find in this country but worth seeking out.

• I love judging wine competitions, and a big reason is the chance to break bread with the likes of Dr. Richard Peterson (left), a ridiculously accomplished winemaker and wonderful fellow. He passed along a story about working for the Gallos in the 1960s, when flavored wines were all the rage. Peterson was charged with making a “Whiskey Sour Wine” and was quite pleased with the results, as were his associates. But when they test-marketed it with Ohio retailers, the response was “this is really good, but we think this trend has run its course.” And so it had, at least until Boone’s Farm and later Bartles & Jaymes burst upon the scene. Peterson is most of the way through writing a book about his nearly six decades in the wine biz, and I can’t wait to read it.