I’m behind as usual, but still collecting nuggets worth sharing:

• As most of you know, I collect great (to me) wine-iferous quotes and disseminate them in groupings. This one on oak, from 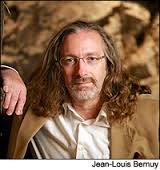 “New oak lets too much oxygen in and makes the wine age faster giving it less time in the bottle, so we prefer to use at least five-year-old barrels. Using new oak adds a flavor to the wine that is not natural, and I prefer that the wines taste more of the essence of the terroir. I don’t want to make a beverage made from grapes and oak. New-oak-aged wines are like a sumo wrestler, they are big, strong, superb and rounded in their youth, but they don’t last long and die very early … there are no sumo wrestlers alive over the age of 40; that tells you something of my analogy.”

• Near the beginning of his thoughtful and accessible journey through his life at the movies, “Keepers,” Richard Schickel explains why the book shies away from negativity about many movies he surely loathed. “Life is too short,” he says, “to dwell heavily on their many sins. That’s for another book that I won’t be writing.” And that’s exactly why I don’t write much about crummy wines. 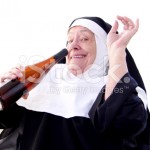 • Heard a groaner of a joke at the Wine Bloggers Conference: “A nun comes into the office of the mother superior and whispers, ‘Mother Superior, we, uh, we have discovered a case of syphilis.’ ‘Wonderful!’ she said. ‘I was getting tired of the Chablis.’ ”

• Also heard a great quote, new to me at least. Will Fernandez, winner of the Best New Blog Award for Vintage 2014, was asked the best advice he ever heard for bloggers and pulled out this chestnut from Julia Child: “Serve it to them anyway. They’ll never know the difference.”