Randall Grahm, in typical fashion, began our conversation with a self-deprecating anecdote.

“Exactly two years ago we did a 25-year vertical of the [Bonny Doon] Cigare Volant,” he 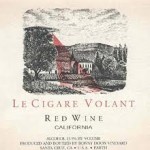 said at his Santa Cruz winery. “I thought it was a good time to reflect. And over the 25 years the vineyards have changed, the blends have changed and the winemaking has changed.

“But the two most impressive wines were the 1984 and ’85. They were the most complex, the most satisfying. And those were made when I didn’t know anything. Sometimes when you’re seeing the world in a naÃ¯ve way, you are more open to things. When you’re intellect is limited, you have to make some choices. So I thought, “˜maybe the universe is trying to tell me something.'”

Grahm, of course, has made boatloads of seriously great wine, and oceans of damn good juice, in his quarter century-plus as our most accessible iconoclastic winemaker. Besides continuing to craft an array that includes transcendent Bien Nacido syrah, the aforementioned stellar Rhone blend and arguably America’s best rosé (Vin Gris de Cigare), he is working on two decidedly cool projects: making cider and growing grapes from seed

Over the course of a winery visit and dinner at his restaurant, now called Cigare Volant and highly recommended, Grahm brought his inimitable take to several topics:

On how we taste: “The biodynamic calendar does have an impact [on a given day], but so does your mood and the barometric pressure.”

Grapes that will be a bigger deal in California in 10, 20 years: “The Italians, nero d’Avola, aglianico, sagrantino, vermentino for sure, fiano maybe. Grenache blanc is coming on strong. Grenache gris is a fabulous grape. 

His target audience: “I tell myself not to think about that because I think that perverts the integrity of the product. You wanna make wines that you like to drink, and not think 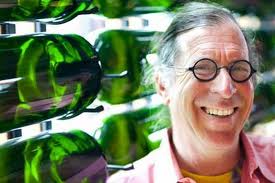 On why he gave up making pinot noir: “I wasn’t good at growing pinot, so I went to Rhone [grapes] because of a desire for success and a fear of failure. 

The most important part of a winemaker’s job: “Where do you plant your vineyard? Everything else can be fixed. 

His primary goal: “I aspire to make vin de terroir. Everything else is a trick, banal. Terroir is something that captures unique characteristics, an utterly unique culture. Burgundian terroir could not exist without Burgundians. 

And when they ““ or he ““ succeed at this? “Great wines enrich the world, like a new species,” he said.

The view from here: Grahm not only makes great wine but is a species unto himself.