I wish there were more American wineries like Domaine du Tariquet. Not because it’s so old (having turned 100 on June 7), or because it is so large (with 950 hectares of planted vines, France’s largest single-family estate within one appellation). 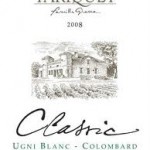 No, it’s because this winery in the foothills of the Pyrennes makes only white wines. And what glorious, and gloriously priced, white wines they are, firm, vivacious and delicious. Focused winery, focused wines.

Actually, the winery also makes Armagnac, which probably was being made when some of the estate’s oldest buildings were constructed in 1863. (The white wines date “only” to 1982, but were the first estate-bottled wines in Gascony, where everything always had been bulk-produced.)

Pierre Grassa worked as a manual laborer and then a hairdresser before serving in World War II, getting captured, escaping and joined the Resistance. After the war he met and married HélÃ¨ne Artuad, whose parents had bought the Tariquet property in 1912. They steered the Armagnac business back to its old glory, and their sons MaÃ¯té and Yves joined them in the business. 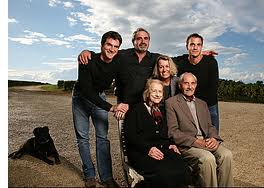 Yves Grassa (seated, front right) was a pioneer of sorts, installing presses and tanks in all three vineyards and using dry ice in transporting grapes to ensure freshness; designing a harvester with an attached destemmer and installing a water-treatment plant on the premise (sustainability long before sustainability was cool). The current winemakers are Yves’ sons, Armin and Rémy.

Their products are impeccable, year in and year out among the most vibrant wines coming out of France. I recently touted the “Classic,” an ugni blanc-colombard blend, in the Star Tribune, but only after the challenge of choosing among that, the juicy, flinty chardonnay and the delightful chenin blanc-chardonnay blend. Incredibly, all of them are priced at around $11.

Defining minerality in a wine is a dicey proposition ““ it’s one of those “you know it when you taste” deals — but one sip of the Tariquet whites is worth a thousand words. The only term that they might define even better is “summer refresher. 