Blind tastings with friends can be a lot of fun, and my friend Bill Jacobs recently came up with an especially interesting way to conduct one with three other couples. His account:

“To avoid a complicated contest, our only official task was to identify the $100 bottle of 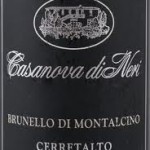 wine. We emphasized that it was OK to talk about how we liked the wines as we tasted, and talk about tastes that we could identify, but we would not discuss the values until the end. I made a point of warning everyone not to be swayed by anyone else’s comments, because this is a sure route down the wrong road.

“No one knew what the wines were, except the persons who contributed each bottle. But we did announce the four prices, and provided score sheets. The bottles were bagged so they could not be identified.

“We tasted in three rounds. First we tasted all four wines in this ‘just opened’ state, and talked about the wines. At the end of this round we all noted on our score sheets which wine we thought sold at each price point. Then we used a simple flow-through aerator and 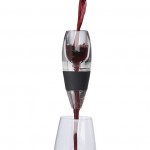 aerated the next glass. We then made a second note, matching each of these wines with the price points. Before the third pour, I provided one more piece of information: that three of these bottles were 2010 vintage, and one was 1996. I did this partly to even the playing field “” at the time I was the only taster who knew the vintages “” and partly to see if this gave anyone an additional clue that would help them identify the values.

“On the first tasting, we discovered that the first three wines looked very much the same, with nearly identical bright red-cherry color, and they tasted very much alike. They were very pleasing, somewhat soft-tasting, and had a full berry taste throughout the entire mouth experience. Comments were made about the weight “” some thought that one was ‘heavier’ than the other two. I am not good at identifying tastes, but to me, two of these wines had a bigger taste and bouquet than the third. Wine D had a significantly different color, much darker, and was not nearly as fruit-forward as the other three. As we talked it seemed that this fourth wine was the least liked of the group. The three that looked alike were ‘OK’ “” no one was overly enamored with any of the three.

“After running each wine through an aerator on the way to its glass, everyone realized what a huge difference this made at enhancing the flavor of each wine. The three same-colored reds were tasting much better to everyone. The fourth wine, the darker red, gained by far the most from the aeration process “” it really bloomed with the addition of some oxygen. 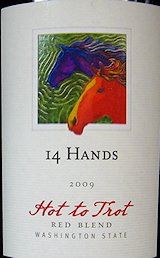 (cheapest) got two votes, the Sattui and Louis Jadot one each and the Cerretalto got two. The Cerrentalo was the $100 bottle, and the huge swing provided by the aeration process supported my original guess that this was the $100 bottle. Darryl also guessed correctly.

“What we learned: First, that blind tasting is a ton of fun. We had a great time, and no one felt intimidated or hesitated to say what they were thinking (especially after they had some wine in them!) Secondly, that you don’t have to pay a lot of money to get a tasty, pleasant drinking red wine. I was very pleased with how the 14 Hands compared, because I buy this often and believe it’s a really good value for the price.

“Finally, we learned about the effects that aeration has on all wines. Every one of these wines improved dramatically with this process, and every taster realized it immediately. And I believe every one of us, experienced or not, realized that Wine D improved the most with the aeration. My first thought is that this would happen with any older-vintage wine, but I realize that this may or may not be true.

“Anyway, we all had a great time, learned a lot about wine and its prices, and all agreed we’d like to do this again sometime.”