Wheelin’ around those tubes that some call the Internet:

• One of the wine world’s oldest saws is that red wine and beef go together well. Turns out some farmers in Languedoc are taking that about as literally as you can, feeding excess juice to their livestock. Some cuts from this cattle reportedly will cost 100 euros (!). Wine pairing extra, of course.

• Elsewhere in France, some merchants are eschewing California wines because of that state’s foie gras ban, which took effect July 1. It’s much ado about very little, since not much Cali juice was sold in that area and not much paté from the region went to the West Coast anyway. Seems like we here in Minnesota, home to one of only three U.S. foie gras purveyors (the redoubtable Au Bon Canard), could boycott both California and French wines. If we weren’t too smart for such shenanigans.

• Elsewhere in Protest Land, some monastic folks in Sonoma are suing to stop 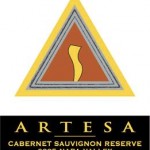 Artesa from clearing some forest land and planting vineyards. Not sure whom to root for on that one, being a fan of forests, wine and Artesa. And not wanting to anger the forces behind monasticism.

• And now for some good news: The Chinese are starting to embrace white wine. About 85 percent of sales to date have been red, but as the folks there learn more about wine, and about enjoying it with food, they’re realizing whites should have a place at their tables. They’re even checking out some German riesling. And they can be forgiven for part of the motivation: less chance of counterfeit wines than with the Bordeaux reds they had so fiercely glommed onto.

• Finally, for those who think they really, really, REALLY want to become a sommelier and get that MW (for Master of Wine) appended to their name, here’s a sample exam.