They used to commonly refer to it as “the World Wide Web,” and this week’s culling is truly global, including two appalling reports from Italy.

• I don’t mind admitting that I actually liked Boone’s Farm Strawberry Hill way back when, 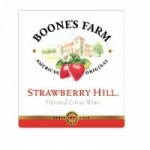 but I don’t think it was because of this amusing commercial.

• Really, what is the matter with these fookin’ people?!? I linked last year to the saga of an execrable neo-Nazi Italian vintner who is showcasing Hitler, Himmler and others on his bottles. And while there’s no such thing as bad publicity, I’m glad the Simon Weisenthal Center and others are going after him.

• Another pea-brained Italian mouth-breather posted noxious, odious comments about a black government official on Facebook a few days ago, and the boycotts are rolling in. Of course, there probably are some bigoted muttonheads out there who will buy these folks’ wines because of their actions. Sigh.

• A more upbeat but still harrowing account looks at how vintners in war-torn Syraia and Jordan are trying to go about their business amidst the awful chaos in their homelands.

• And finally, truth in geometry: 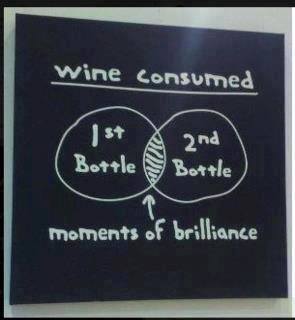