By far the biggest reason: the guests. 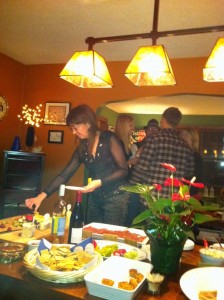 That’s really it. It certainly helps to have a welcoming venue and some good food, which we toil at semi-mightily, but nothing will work if the quality and/or mix of the guests is off. We are blessed to have seriously wonderful friends, in a wide array of ages and professions, with perhaps just one thing in common: They love life.

Most of them also love wine, and are seriously generous, so there was a (not to put too fine a point of it) spectacular array of juice on hand. The choices were so … choice that bottles of Quilceda Creek and Masi Amarone Classico were only half-finished.

• Nothing says “party” like a magnum, and two glorious ones (J 25th Anniversary bubbles, Pax Cuvee Keltie Syrah) popped up. As did a beyond-sublime 750-ml. of 1986 Veuve Cliquot “Grande Dame.”

• Some friends know about wines that make me swoon, and so a 2008 Brick House Evelyn’s 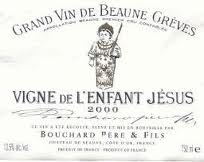 Pinot and a 2009 Bouchard L’Enfant Jesus were soon on hand. Both were ethereal delights, the kinds of wines that should not be dissembled over “” which of course didn’t stop me from waxing on with a wine semi-novice about the Baby Jesus “this is why we geeks love Burgundy and chase after it so doggedly yadda.”

• That was not the only Burg that elicited a few gasps. A Louis Boillot Clos de la Chapelle Volnay 1er Cru proved almost as elegant as the Baby Jesus, with a bit more oomph. Yum. Same reaction for a 2007 Clos de Pegau Chateauneuf du Pape, and it’s been great to see the ’07 CDPs, which often were overly jammy when younger, start to achieve more balance.

• I don’t know the age of that blissful sherry, but I’m guessing it’s slightly younger than the 1978 Clos du Val Napa Cabernet Sauvignon. It made me very happy, because it retained so much fruit, firmness and focus. And sad, because Clos Du Val has long since moved away from this style of winemaking.

• The night brought me a recent flame (yummy viognier from my new favorite Paso Robles winery, Denner) and a new flame (Roco Private Stash Pinot Noir, from Argyle winemaking savant Rollin Soles). And it made me understand “” again “” why so many people love Sine Qua Non, whose large-and-in-charge, persistent 2007 grenache truly rocked.

As did the entire evening. Life is indeed grand.