I continue to get fabulous responses to a query I sent out recently, asking wine folks to write about “an oh-wow experience at a particular vineyard or AVA … it can be about terroir, or beauty, or something mystical/ethereal, or all of the above, whatever makes it feel special.” The first set was posted last week; here are more, all about a certain country:

Lonny Isenberg, Haskell’s, Minnetonka
“My wow experience was our trip to the Rhone Valley in southern France. I love the wines from Châteauneuf-du-Pape and was looking forward to 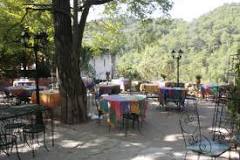 visiting there. The wines and region that really stood out for me, however, was Gigondas. [Wife] Kim and I  fell in love with it.

“The quaint little town itself, set on a hillside off  the main road, is beautiful. It doesn’t appear to have changed  much since Roman times. We had lunch at a little restaurant off the square that was one of the best meals of our trip. We sat outside on a terrace, even though the mistral winds were kicking up, to soak in the view.

“The wines were fresh, distinctive, and balanced. They reflected where they were grown without any of the over-ripeness that some of the more modern CDP producers are moving toward, and they went beautifully with the food. We’re looking forward to going back!”

Peter Vars, Thomas Liquors, St. Paul
“How do you describe energy in wine?  I spent a dreary day tasting and touring the Jura vineyards of Domaine de L’Aigle à Deux Têtes with 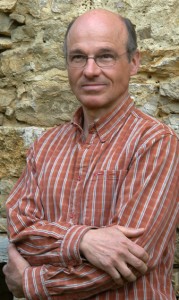 winemaker Henri Le Roy (left) earlier this year.  We had a chance to walk the small, organically farmed plots at the very end of the valley of Vincelles where grapes consistently struggle against frost and available light.

“As we stepped into the shabby looking En Griffez vineyard, we worked against the heavy red soils of iron-rich clay as they clung to our boots.  It was twilight as he pointed out all the vines that failed during flowering as frost took most of his potential harvest … it was almost the entire vineyard.  This is the fate of many vignerons so deep in the valley as cold air settles at the foot of the hill.

“We moved into his damp and dark cellar to taste his chardonnay, savagnin, poulssard and marc; wine pulled from barrel, proof that the vine can endure in some vintages. We all tasted very quietly. The wines were transcendent. It was as if there were beams of light coming out of the barrels … incredible energy!  We all looked at one another and realized how special those shabby vineyards were, when they survive the cold Jura nights.”

Annette Peters, Domaines and Appellations importer
“Becoming wine-educated back in the ’70s and ’80s was not as easy as it is today.  There were basically only two books: 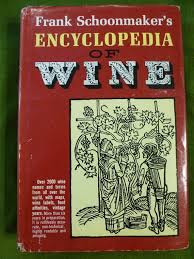 Alexis Lichine’s wine encyclopedia and a Frank Schoonmaker book. Neither of these have pictures, maybe an ink sketch now and then, but generally imagination was required. I pored over these books, creating the slopes, delineations, chalky soils,  grape varieties, trellises and sweeping vineyards vistas. Taste and read. Read and then taste.  Going to see the vineyards was only a dream.

“In 1994 I made my first trip to Europe.  I had worked in the wine business for over 10 years.  I had been to California and seen shiny steel vats and my first vineyards, too, but never France. … We were a band of wine sales reps from the Midwest who had sold enough wine to win a contest and would hopefully sell even more after this educational junket.

“France was like an old black-and-white movie I had watched as a kid. Smoke curling up from tiled roofs, wine-laced stews bubbling in cauldrons over fires, and ancient walls that crumble into fields where knights once rode into battle. It was shocking if you’d never seen it before.  A chatty compatriot says “everything is sooo old here!” In a real good way, you silly.

“My eyes dart between a crumpled red Michelin map and back to the passing vines. The grapes are anonymous to me at this point. The van slows and turns from the highway.

‘NUITS-SAINT-GEORGES this way’ the sign says!  I see the slope ahead rising up to the edge of a forest; the Morvan plateau just like the book described. Nuits, you are a long and narrow appellation. You look like a normal French village, but you are special. You are not a place; you are flavor and texture.

“And Premeaux-Prissey, there you are, you lucky dog. You get to use the AOC designation, too. You have no Grand Crus, but 41 Premier Crus. Placards line a post, so many names I cannot read them all: Gouges, Arlot, Chevillon, Mugneret. My heart is racing. With each name is a recollection of a wine tasted, or desire to taste those I have not. Years of reading and imagining, ideas are confirmed or negated in a moment.”

“I am in Burgundy.

“I may never ever be this fortunate again.

“It was like Schoonmaker and Lichine were riding along. They whisper in a British accent ‘We tried to tell you.’ ”