If grapes were people, like corporations allegedly are, merlot could sue the bejesus out of a lot of folks. It has been over-planted, wrongly planted, transformed from a wine to a commodity and bashed (dripping with irony, contrary to most viewers’ takes) in a popular movie.

But according to two master vintners of this varietal, “Sideways” actually did this noble 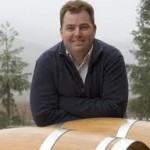 grape a favor. Duckhorn’s Bill Nancarrow (left) and Schweiger’s Andy Schweiger maintain that merlot had become so popular that it was planted in almost all the wrong places, and the backlash (which started before the film, according to Charles Krug’s Peter Mondavi Jr.) culled the market in two ways. Those growing the weak stuff couldn’t find buyers, and casual consumers, as is their custom, moved on to the next trendy thing.

Here’s the truth about merlot: It is the most widely planted grape in Bordeaux, some of the world’s greatest wines (Chateau Petrus, Cheval Blanc) use it as a primary component, and wonderful renditions abound in California and especially Washington. Merlot also is part of wondrous blends coming out of places like Tuscany and Lebanon.

It generally has softer tannins than cabernet sauvignon, which makes it ideal to blend 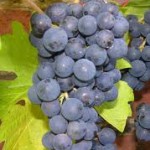 with that otherwise simpatico grape. But merlot comes in various styles, depending on where it’s grown and who’s making it. It’s usually medium-bodied and soft-ish, but some renditions, especially from the Right Bank and Washington, can have such brawny tannins that they are “bigger” than cabs grown in the same vineyard.

The classic flavor profile is plummy, often with red berries thrown in, and the low- to medium-priced renditions tend to pick up the vanilla and cedar from oak more readily than most grapes. The higher-end stuff tends to be earthier and often has coffee and/or chocolate notes. The delineation carries over to the dinner table, where the softer, fruitier versions play well with tomato-y pasta or pizza, grilled or roasted chicken and mildly spicy ethnic dishes, while the richer ones love steak and lamb and duck. 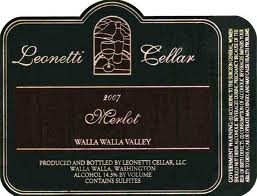 complex, the best ones emanating from Washington (like Leonetti) forceful and earthy, California’s finest redolent of ripe fruit and firm tannins.

The grape’s origins are sketchy, but it now is believed to be a cross between cabernet franc and an obscure carmenere-like grape called Magdeleine Noire des Charentes. The name “merlot” came from a regional dialect’s term for “young blackbirds,” possibly because blackbirds love eating the grapes.

Merlot began to gain a foothold in Bordeaux in the late 18th century but was an afterthought in California as recently as 1960, when a whopping two acres were planted in the entire state. By 1985 that number had grown a thousandfold (to 2,000 for you non-math majors) and in 2003 more than 50,000 acres were planted to merlot. Since “Sideways,” that number has dropped a bit, to 45,689 in 2012. But it’s a safe bet that this terrain is better-suited to merlot than a decade ago.

The grape grows best in arid, rock-strewn soil but also handles clay better than most grapes. Merlot has thin skin and tends to ripen unevenly. Blessedly, in 2013 vintners know how to deal with these factors, which means anyone proclaiming, a la Miles in “Sideways,” that “I’m not drinking any #@^-ing merlot” is depriving himself and leaving more of this great grape for the rest of us to enjoy.