History will get you only so far in the wine (or any other) business. Same with a famous name, which actually can work for or against you. In the end, what’s in the bottle matters more than all of that, especially if you want to get someone to buy a second bottle. 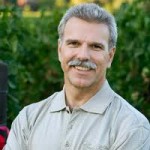 That might explain why Peter Mondavi Jr. has been spearheading so many changes at the venerable Charles Krug Winery.

In the mid-1990s, Krug produced 27 wines; now there are eight, half of them made with red Bordeaux grapes. Mondavi has moved the winery toward more new French oak barrels and estate grapes (about 90 percent); hired a stellar winemaker, Pine Ridge maestro Stacy Clark; gone with cold fermentation on the white wines, and spent $29 million, much of it on vineyard replanting and “refurbishing the historic part of our winery. 

The results are right where they belong, in a glass of the 2008 Napa Merlot ($24), a deep, dark, plummy, smoky delight, everything a great merlot should be. Or the 2010 St. Helena Sauvignon Blanc ($18), a vibrant grapefruit/tropical fruit amalgam that, as Mondavi puts it, “could be placed in a New Zealand lineup or a California lineup and only be a bit of an outlier in either. 

The most laser-like focus has been on the cabernet sauvignon-based Vintage Selection and Family Reserve Generations bottlings. These (and the Carneros Pinot Noir) age in all new French oak, but just as importantly get extra attention in the vineyard. “The Reserve and Vintners used to be just our best lots,” Mondavi said. “Now they are specific rows, smaller blocks. And we’re doing more aggressive thinning. 

His favorite part of the job? “The blending. Creating the final blend is a far from a scientific process,” he said with a chuckle. A close second: “the travel, presenting the wines to consumers, especially at dinners. 

And there, amidst talking about all the contemporary efforts, Mondavi can’t help but come 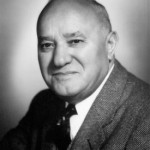 back to the history of a winery his grandfather, Cesare Mondavi (left), purchased in 1943.

There’s a gleam in Peter’s eye when he talks about his grandparents’ Minnesota days, about the branch of the Mondavi clan that shunned the wine biz and opted for being bakers in Lodi, and about Krug being one of only three wineries in Napa (with Nichelini and Trinchero) “that date to the era just after Prohibition and have stayed in the same family. The Martinis have sold, BV, Beringer “¦”

Thus, a business plan that melds continuously improving the wines with touting tradition.

“The Millennial generation has very little knowledge of Charles Krug,” he said. “But we are [situated well for] people looking for authenticity, for legacy, for tradition-type stuff. People are coming back to that. 

That might get consumers to the first bottle. If the wines I tasted last week are any indication, they might well come back for a second.