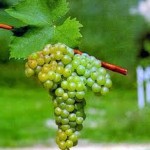 We’ll see, obviously, but I’m not buying it. (Although I am occasionally buying moscato, especially this one and this one.) With one exception, all the merchants I talked to for a recent predictions column saw the craze continuing.

It’s also amusing to see the pooh-poohing of this varietal by many in the old guard. Steve Heimoff, one of the better wine writers around, blogged about missing the moscato craze because it is a “lower-shelf” wine favored by the “booboisie.” (True, perhaps, but a lot of moscato also is consumed by high-falutin’ types, and not just the rich rappers who have helped fuel its rise.)

Fact: The vast majority of wine sold in this country costs less than $10, where most moscato fits. Bigger fact: Most of the moscato out there just flat-out tastes good. Biggest fact: Moscato appeals mightily to the American sweet tooth. We talk dry and drink sweet, the saying goes. Tasting expert Tim Hanni had this to say about a study he conducted in California a few years back:

“To date, the industry message to consumers who prefer light, delicate and sweet wines is that they need to become more “˜educated’ and “˜move up’ to “˜higher quality wines’ such as dry wines. … The industry is guilty of alienating a large segment of consumers who frequently opt for other sweet beverages or even stop drinking wine altogether. 

That might explain why Gallo, which has been riding this wave with Barefoot, has introduced five other moscato brands over the last two years. And why California grape growers, especially in the San Joaquin Valley, continue to frantically plant moscato vineyards. They’ve been wrong before, but my sense is that this time they’ve nailed it.

Moscato just passed sauvignon blanc as America’s third-most-popular white wine “” behind chardonnay and pinot grigio “” yet some “experts” still are predicting that it will fade soon, as white zinfandel has and wine coolers did back in the day. I think they’re ignoring one huge factor: low alcohol. Most moscato checks in at under 9 percent, often in the 5-6 percent range that gives it roughly the same potency as most beer.

Recapping: Many Americans like to drink, and moscato allows them to drink more heavily without getting hammered. Many Americans have a sweet tooth, which moscato satisfies in a big way. So exactly why would such a beverage be on its way down, or out?