For some time, Chris Figgins has been my favorite Washington winemaker. He’s now in the running to become 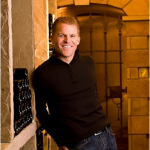 my favorite Oregon winemaker as well.

I got to break bread with Figgins (left) at the Northwest Wine Encounter earlier this spring, and also to hear him speak. He’s even more impressive, and just as expressive, as I expected. 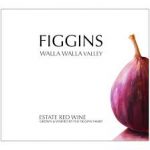 His Figgins red blend has been my favorite Washington wine for a while, and he also makes the swell Leonetti Cellars reds. At the gathering, he shared his new Oregon pinot noir, Toil. Yum! I liked it so much I ordered three bottles from the winery.

Some highlights from Figgins’ presentation:

• Why he started Toil after spending decades making Bordeaux-style wines: “In the Northwest, you can only eat so much beef and pasta, especially in the summer when we have such great salmon and want lighter dishes. Seven years ago, I started looking around, and five years I really started thinking about it, and bringing in a little fruit.” 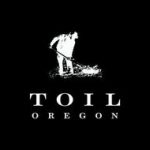 • How it evolved: “Initially going into pinot noir as a cab/merlot guy was kind of intimidating. People say pinot is fickle and difficult, and it is all that. I did a lot of listening to winemakers and a lot of experimentation with stems, fermentation, clusters.”

• How he chose Willamette’s Ribbon Ridge AVA for his sourcing: “I really like the sedimentary soils of Ribbon Ridge, and the black fruit flavors you get there. The volcanic sites [much of Willamette] are more red-fruited.”

• Juggling the duties of three wineries in two states: “Well, in 2016 we had all the pinot noir fermented and in barrels before we started picking cab and merlot in Washington.” 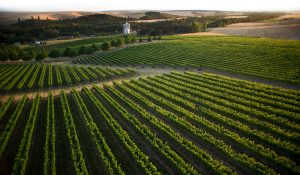 • Finding the vineyard for Figgins: “The day I found the site [left], I pulled the ‘for sale’ sign out of the ground and put it in the back of the truck. … We have super-deep soils, 30 feet of loess. And we’re in an area of Walla Walla that’s the backstop of the Blue Mountains, so we get 22 inches of rain a year, while other areas are getting as little as 4 inches.”

• How clay affects the vines: “You get more roundness and density, and in the midpalate it develops that thickness, but because of our high elevation we also get freshness.”

• Washington misc.: “In Washington the vines are all own-rooted, and so you can get really great wines off of young vines. … There are not a lot of whites where I work, but I think there will be more exploration of whites at higher elevations.”

• Why he makes sure his vineyards are farmed in an environmentally friendly manner: “We live, work and play there, and our kids run through the vineyard.”