I’m at the Wine Writers’ Symposium in Napa, where a couple of years ago, Eric Asimov held a session called “The Tyranny of the Tasting Note.” Asimov revisitied that topic in his New York Times column today. 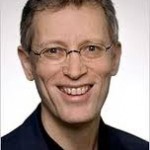 Asimov is decidedly not a fan of the lengthy tasting note with five aromas and umpteen flavor components. “Experience will give you a general idea, but fixating on exactitude is a fool’s errand,” he writes. “Two bottles of the same wine can taste different depending on when, where and with whom you open them.

“Besides, the aromas and flavors of good wines can evolve over the course of 20 minutes in a glass. Perhaps they can be captured momentarily like fireflies in a child’s hands, yet reach for them again a minute later and “” whiff! “” they’re somewhere else.”

I’m with him all the way there, although he loses me a bit when he delves off into what I call Thomas Friedman Land, trying to explain something complex by claiming that “it’s either this or this.”

While mentioning Asimov’s column, symposium keynote speaker Gerald Asher noted that “then [Asimov] goes on to divide wine into sweet and savory and digs himself into a really deep hole.”

Still, Asher is on board with the gist of the piece. “My fingers curl when I read tasting notes. Boring stuff,” Asher said. Earlier, he had made the distinction between the objective aspects of tasting (acidity, tannins, etc.) and subjective notes such as “peaches with truffles in the background. There’s no way I can reconstruct that [other person’s] experience.”

And when a reader encounters such notes and goes to try the wine, “that person is going to stick his nose in that glass and say, where are the truffles I was promised?” 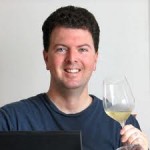 Another symposium speaker, blogger Alder Yarrow, takes issue with Asimov’s dichotomy in a post this morning. He adds some excellent points, but the gist of his piece is that he is much more inclined to be forgiving of the flowery-descriptor approach:

“Yes, I’ve never smelled what crushed seashells smell like, but you know, I could imagine what that might smell like, and so if Robert Parker or someone else wants to use it as a descriptor, I’m fine with it, in the same way that I’m fine with an outlandish metaphor in a poem. The fact that it’s beyond my experience doesn’t matter all that much as long as I can understand it.”

I guess I’m not much of a poet, because I side with Eric’s basic premise. In a column a few years ago about this phenomenon, I cited something importer Kermit Lynch told me a few years back, which makes the most sense to me:

“I might smell violets on a wine out of the barrel, but by the time it’s bottled, there are no violets there,” he said. “And a year later, it will have none of the same aromas as before. Or you can get an aroma at one temperature, but you heat [the wine] up five degrees and that aroma’s gone.”