It would take a dozen posts to pass along everything interesting that was shared at a mini-, Minnesota version of Pinot Camp, but I’ve winnowed it down to two. (Part I is here.) A recap of the Oregon vintners who participated:

Here they are on various topics:

Vlossak: “I always get miffed when a winemaker says “˜I try and stay out of the way.’ There are decisions and choices we all make: whole cluster, fermentation temperature, fermentation [vessel] size. We don’t do the same thing every year because the grapes don’t do the same thing every year. A winemaker isn’t just a victim of a cold year, picked late. What kind of wine we’re trying to make, we’re creating something that is our personality.”

Somers: “It’s like improvisational music, about notes you don’t play, space you don’t use. In 2010 our employees were astonished by the things we weren’t using. What about the yellow stuff, or that round thing? Staying out of the way is not a bad way of stating it. But every year a new paradigm emerges. “¦ There’s no gold standard with pinot. It can be light and subtle and elegant like Volnay or a monster like Nuits-St.-George. 

Casteel: “We are creating a sensorial record of this place. We’re trying to make precision wines. We want to make as precise a wine as possible without sacrificing any of the nuance. 

Davis: “We’re going for silky tannins in all our wines. 

Somers: “Texture is a moving target. 

Vlossak: “I really am looking for the middle mouth, a range of textures that really creates this sense of place. “¦ I don’t give a shit about color. I go after the middle of the mouth. To me that’s where the details are in the wine. 

Somers: “I took a Burgundy class in 1989 from Matt Kramer, and it was an epiphany. After that I noticed that with pinot noir you’re always aiming for structure, texture, aromatics. My wine will not taste like Burgundy because it’s not from Burgundy. “¦ If it smells funny, I might inoculate. After that it’s all about tasting. “¦ If everyone likes your wine, then there’s something wrong with it. And if some people say it’s stinky and I really like it, I’ve done my job.  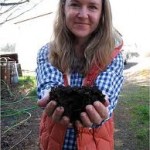 Casteel: “There’s a vast difference between vintages, a lot of protracted seasons. We’re not producing Coca-Cola. “¦ The same fluctuations we see in temperature-day variations, we see in our crops. 

Vlossak: “These journalists and others who assign numbers to a vintage, that’s just bullshit. Some are good young, but others are great when you look back at an old vintage. The fancy-ass vintages almost never age well. Wine Spectator gave the 2007 vintage in Oregon a 78 [actually an 84] and the 2008 vintage a 100 [actually 97], but none of the individual wines got 100. So we had perfect conditions, but none of us know what we’re doing “¦ Vintage variation doesn’t mean suck-ass vintages and great ones. It’s about style. 

Somers: “The 2008 pinot noirs will last 10 to 20 years. Wines that are balanced early are the ones that are going to age better. 

Closures: Somers: “You get freshness, brightness, expressiveness. But for pinot noir, we’ve had very poor results. And the amount of corked bottles we see is less and less and less.” “¦ Casteel: “There’s a middle ground. There’s enough variation, and not just from TCA. If you have a highly reductive winemaking style, you’re taking a big risk with screwcaps.  Partnerships: Somers: “In 1996 I started with $3,000 and two tons of grapes. In 2009 I partnered with Dr. Ernst Loosen [far left, with Somers]. I don’t go as far as saying I’m Ernst’s bitch, but he’s allowing us to grow a lot more grapes. The great thing is that his goal was not to change what I do but to allow it to reach a broader audience.”

Sustainability: Somers: “I probably won’t certify, too many hoops, and I don’t play well with others.  “¦ Casteel: “Micro-nutrition for these vines is everything in how they develop. I’ve done organic, biodynamic, LIVE-certified. I’m also 100 percent committed to vermin culture; I love worms. 

STATS
• Oregon makes about 1 percent of the amount of wine that California produces and about a third of Washington’s output.

• About 29 percent of vineyard acreage is certified LIVE, Organic, Biodynamic, or Salmon Safe.

• Being located on the 45th parallel (as is the Twin Cities) gives Willamette the longest summer days of any major pinot noir region.