I had a great good time compiling wine recommendations for all 24 “authorized” James Bond movies, past and present. But being almost as big an 007 fan as a wine lover, I can now say “but wait, there’s more …”

As “Spectre” opens today, here are some appropriate wines for the thespians who have portrayed 007 on the big screen, in chronological order:

Sean Connery: Not only did this bastion of masculinity nail the role from the get-go, he aged well in it. Makes sense, then to go with a hearty, hefty, age-worthy Bordeaux (which Connery used to “out” bad guys in “Diamonds Are Forever”). To avoid spending the next several paychecks, let’s go with the graceful but masculine Chateau La Croix St. Georges Pomerol. 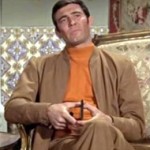 George Lazenby: I don’t envy anyone trying to succeed the pitch-perfect Connery, but this now-obscure Aussie was not remotely up the task. He would have been a one-hot wonder whenever he might have stepped into the role, not least because he came across as rather, well, feminine (c’mon, admit it: Hillary Clinton would be the right person to wear the outfit at left). So we’ll opt for a super-feminine wine: the crisp and delicious Botani Muscatel Seco from Spain’s Costa del Sol.

Roger Moore: For this 007 fanatic, Moore never really worked, and he got worse and worse during his way-too-many years in the role. He could throw out quips but lacked the gravitas that the character requires. Which calls for something light on its feet, perhaps the spicy, spritely Louis Bouillot Cremant de Bourgogne Rosé.

Timothy Dalton: I find it interesting that Dalton seems to have played mostly dastardly dudes since leaving this franchise 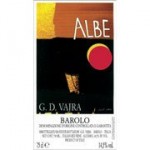 after one nice effort (“The Living Daylights”) and one messy one (“Licence to Kill”). I had no problems with his work here, which finally harkened back a bit to Connery and Bond’s darker side. So an intense but not too heavy wine is in order, something like the vibrant but brooding G.D. Vajra “Albe” Barolo.

Pierce Brosnan: The Brit had a nice run as 007, even if it ended ignominiously (with the ludicrous “Die Another Day”). He was just physical enough and certainly as suave and smooth as one could want. So a polished wine with some energy would seem to be in order: the sleek but sturdy Wimmer-Czerny Roter Veltliner.

Daniel Craig: Now we’re talking. Literally, since my way better half often discuss whether Craig has surpassed Connery as the ultimate James Bond. (After much waffling, we’ve given up; love ’em both.) Given his rugged, just-enough-heft looks and piercing mien, let’s go with a rustic syrah from the Northern Rhone: Domaine Jean-Louis Chave Saint-Joseph, which dances deftly between robust and elegant.