As usual, judging wines last week has been a good bit of fun and a LOT of work (you try giving a fair assessment to each of 71 viogniers in one morning). Beyond cabernet sauvignon that smelled exactly like buttery apple crisp and a 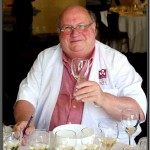 couple of other reds that smelled exactly like compost, the four days at Cloverdale, Calif., provided pleasurable work.

Some notes, quotes and anecdotes ran in my Star Tribune column this week. A few outtakes from San Francisco Chronicle judging:

• Drinking red wines all day can cause Tannin Tunnel Syndrome. There was a lot of talk about inventing a product that separates our teeth and our inner lips after hours of testing reds. But mostly I was reminded of a great 3 Stooges bit, that portrays the effect of not tannins, but alum added to a punch. Go to 9:00 for 2-plus minutes of merriment.

• Quite a few wines were seriously oak-laden, and some of them were in the inexpensive categories. That usually

means oak chips rather than barrels. And I heard an interesting analogy on that from a fellow judge who also happens to be a winemaker: “You have to be really careful because it’s like instant coffee. If you use just a little too much, it ruins the whole thing.”

• We keep hearing that the cork-taint problem is waning, but last week, not so much. Our panel sent back quite a few corked wines for a re-pour, and at least four of them had TCA on the second bottle. Our coordinator said on the third ay: “There’s usually a case or two [in the corked-bottle corner backstage], but I don’t think I’ve seen nearly this many there.” Not good. 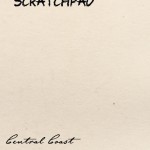