For journalists, winery visits tend to be predictable (and pretty cool): some face time with the owner, winemaker or an attractive stand-in and some tasting time with wines the hosts believe/hope will make a lasting impression.

But I had no idea what to expect on a late-summer visit to Ken Wright Cellars in Carlton, Ore. First off, rather than the usual one-on-one, there were eight of us, including my way-better half and three other wine-loving couples. Then someone told me that it was very unusual for Wright to spend time with any visitors. Finally, we were on the winemaker’s docket just after a tasting with the Wine Advocate’s Jay Miller (left), a potential stress-inducer for our host.

While we waited for Wright, we sampled his wines, which were both delicious and fascinating. His Meredith Mitchell bottling is as good as any domestic pinot blanc I’ve encountered, with a rare combination of green and gold apple flavors and a seductive finish.

The four pinot noirs were all from the stupendous 2008 vintage. And that was about all they had in common. Oh, except for vividly expressing a sense of place, evoking the ground from which they had sprung.

Which meant that different people had different favorites. One friend favored the Carter Vineyard, a deep, dark beauty; others raved about the more acidic Canary Hill or the more generous Abbott Claim. I admired all three, but my favorite was from the Savoya Vineyard, bold but mysterious, with equally strong doses of earth and dark red fruit.

Amidst our gurgles of delight, in walked Ken, wearing a smile — Miller must have enjoyed the wines — and clothes that made it clear what he considers the most important part of his job.

“It’s all about farming,” he said. “Any idiot can make wine. Farming is hard. What I have learned is that everything you love in wine happens in the vineyard.”

But rather than just tell us, Ken Wright showed us, taking us up to a couple of his vineyards in the hills. “The sweet spot here is 300 to 600 feet elevation,” he said on the way up, “high enough that the soils are not too deep and there are no frost issues.” 

When we got to the first vineyard, he pulled out a large sketch pad and showed how the subterranean plates had merged waaaay back in the day, how floods from an unimaginably ginormous Montana lake had created a different type of soil below the hills’ volcanic dirt. 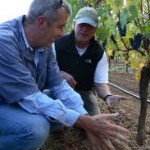 “If high-school science classes had been like this, we’d all be geologists,” I whispered to my wife.

And then he got to the crux of the matter: the dirt as he found it, and how he set out to make it healthier. But just when he might have been expected to trot out the “o” word, out came an “n” word.

“Organic farming doesn’t produce the best nutrition. What we really should be demanding [rather than organic] is better nutrition,” Wright said. “When plants don’t get what they need nutritionally, they struggle. Those kinds of plants are always the first to get diseases, to get insects.

“Nature is not kind to weak things. ”

So during “24 years of trial and error, with a lot of failure,” Wright has started and (literally) nurtured relationships with 10 vineyards. He was the first vintner to do a bottling from the now-renowned Shea Vineyard. 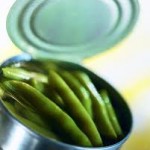 “Their fruit was disgusting,” he said. “It smelled like canned green beans. The plants were OK, but they needed new trellising and nutrients.” 

So we picked out three blocks and paid the Sheas by the acre, rather than the grape tonnage. Then he set about working the not-so-good earth, often selling off the grapes while his “dirty work” took hold. “In the early years the wine lacks precision, lacks clarity,” he said

At Shea and subsequent sites, Wright has injected live micro-organisms into the soil, “things that are slow to degrade and over the years, with rain, etc., they work their way down into the soil. Sites that are nutritionally deficient, it takes 4 or 5 years to get it right. 

“You have to wait until the vine engages the mother rock. Once it extends itself to the mother rock, then it draws in these attributes all of a sudden — clove, tobacco. Eighty percent of our farming is underground, making the micro-organisms happy all along the root area. Micro-organisms need carbon, and they get their carbon from plants; in exchange they give potassium, magnesium, copper.”

And they produce, at least in this case, amazing wines.

PART II: A singular focus, and some beautiful relationships.