Do wine consumers follow ratings, or do the ratings follow consumers? I would have thought that a rhetorical question, but esteemed wine writer Gerald Asher believes there might be some tail-waggin’-the-dog goin’ on. In addition to what he shared in my Star Tribune column and on an earlier post, here’s what he had to say on the numbers game:

“As wine has become more popular, this being America, it tends to be geared toward what is perceived as popular taste. And taste here has been built on commercial food which. in lieu of real fresh flavors, substitutes a bit of salt or a bit of sugar or 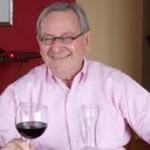 “You take pinot noir from the Russian River Valley or the Sonoma Coast. It’s an area that’s really perfect for pinot noir, although it’s taken a long time to find the right clones and right locations.

“And to my great surprise I went to a tasting at one of the wineries and was asked to test their wine vs. high scorers and say what they can do [to get high scores]. The high scorers had all been manipulated. They all had some kind of sweetness or thickness in the wine. You taste them vs. wines which don’t have that manipulation, and the difference is startling.

“But you can see why people who are tasting and giving scores are doing it based on what they think people will like. They allot the scores to wines that will have popular appeal, and it reinforces the whole thing.”

Well, uh, holy Red Foley. I didn’t get a chance to follow up on the topic during our phone interview, so I won’t try to interpret his meaning. Aside from this: Either the critics are consciously inflating the scores on sweet, thick wines, or they are doing it subconsciously. I tend to believe the latter, for a couple of reasons.

A) Those big ol’ wines have a “wow” factor that makes them stand out, not only for professionals tasting/testing a bunch of wines at one sitting but for any consumer in most any setting. More subtle, acidic wines, no matter how brilliantly crafted, rarely provide this “bonus.”

So I did some checking on the Interwebs, at the Wine Spectator’s all-time list of ratings. I decided to look at white wines, because cabs and pinots can bear too many possible designations that do not include the grape name.

Like your chardonnays large? The Spectator does: 31 wines with “Montrachet” in their name got 98 or more points, compared to five Chablis; and of the 14 Chablis that garnered 96 points or more, none is from a vintage since 1998. Have the top Chablis gone downhill in the last decade-plus? (That is a rhetorical question.) I bow to no one in my admiration for the various Montrachets, but come on.

Elsewhere among French whites, eight Savennieres have earned 93 or 94 points, three Sancerres made it to 93 points, and the best Muscadet that the Spectator’s tasters have ever tried garnered a 91. 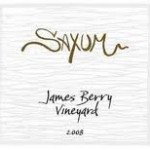 B) Once a reviewer has given a certain wine a gazillion points, it’s hard to reverse course, especially if the winery retains that sourcing and that style. There might be some vintage variation, but when a Saxum James Berry or Joseph Drouhin Le Montrachet is dubbed a 98, dunning a future vintage by much could be perceived as admitting you were wrong.

There’s too much of a “gotcha” factor here, and I think it more than offsets the fact that our tastes evolve. Most wine-trade veterans I know evolve toward more minerality and acidity and less uber-extracted jamorama wines over the years. Maybe that’s not happening with the critics at the glossy magazines, but they sure seem to stick to their guns. The more loaded the better.

And of course, wineries follow suit. Here’s how Asher concluded the above passage:

“I was watching “˜Sideways’ the other night. This is a spot-on movie they didn’t put a foot 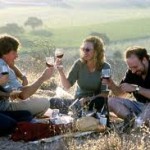 wrong. I hadn’t seen it since it was in theaters. I liked it even better this time, but thought that ever since that movie came out, it not only made pinot noir more popular in the sense that people wanted it, but more of it began being made for what I’ll call popular taste.

“And the delicious, elegant pinot noirs that they were just starting to make at that time in California, that were better than the pinot noirs from Oregon, they went away from that. Now it’s often clumsy and thick.”

I told him to take two glasses of Rivers Marie Sonoma Coast pinot noir and call me in the morning.