The 2014 wine guides have arrived, and one of my perennial favorites is Hugh Johnson’s. Some noteworthy facts, opinions and mashups of the two that caught my attention in his 2014 Pocket Wine Book

• “In sherry Spain has the world’s greatest wine bargains; snap them up. … The discovery of the year is how well good sherry accompanies Indian food.”

• “Healthy” sales of labor-optical grape sorters helped Bordeaux’s chateaus, in the “tricky” 2011 and ’12 vintages, avoid a “washout” that might have occurred 20 years ago under such conditions. 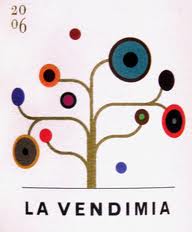 • “Rioja is probably the easiest to love of any red wine: strawberry-scented, vanilla-tinged, ripe and supple.”

• Ninety percent of Switzerland’s wine never gets out of the country.

• Chile made its reputation abroad “with merlot and cabernet fit for chocoholics.”

• “South African wine is in full ferment … beginning to flirt again with finesse and understatement.”

• Over half of England’s wine is sparkling.

• On this side of the pond, “Nova Scotia continues to hone impressive sparkling wine and a small mix of aromatic whites.”

• “Super Tuscans … are falling away into history … [but have] served an important transitional purpose, bridging the gap between the deficient or faulty wines of post-World War II and the increasingly individual crus of our time.”

• “Throughout Austria the rediscovery of old fermentation and aging techniques create wine with less varietal and more local character.”

Aside from its glaring omission of many stalwart California wineries – Carlisle, Aubert, Brown, Lagier-Meredith and three outfits where Thomas Rivers Brown has been kickin’ it (Schrader, Outpost and Rivers Marie) – this is a stellar book. It would be worth the $15.99 for either the vast recommendations or the regional intros, essays, blurbs and features.