It’s been a ver-y, ver-y, ver-y, ver-y good year, at least when it comes to Mediterranean white wines. That’s a weird word lover’s way of saying that four varietals that begin with “ver” have provided untold, unending pleasure.

Three of them ““ verdicchio, vernaccia and vermentino (pictured) ““ hail from Italy, 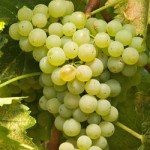 although the latter sometimes pops up in southern France as “rolle.” The other, verdejo, grows mainly in Spain (on hills, not plains) and has a tasty cousin, verdelho, in neighboring Portugal, plus Madeira and other islands.

Verily, these four grapes have more in common than their prefixes: They tend to be rich but minerally, mouth-watering and juicy, often with sweet aromas that are rarely reflected on the palate. There’s usually some citrus as part of an array of fruit flavors that can run toward pear and tropical characteristics. They finish clean and generally come in at around $15 to $22 here.

Verdicchio, a bit more acidic than its “brethren,” used to be massively overcropped, an ordinary “commodity wine,” but most of what reaches these shores today has been grown and vinified with infinitely more care. 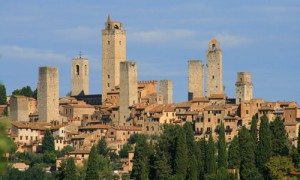 Vernaccia is grown mostly around the Tuscan hill town San Gimignano (left). Vermentino has the widest range, with various clones found in Tuscany, northern Italy and Sardinia in addition to southern France.

Some of my favorite renditions of these varietals: 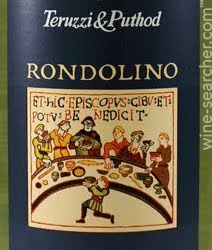