Do ya think I’m sexy? Of course not, and neither do I.

But many, if not most, men do, especially after a bit of swirling and sipping (slurping is not 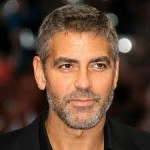 sexy even if George Clooney is doing it). According to a recent study in (but of course) France, men find themselves feeling sexier and wittier after a glass or three of malbec.

But here’s the interesting part:

As one of the scientists noted, “the mere fact of believing that you have drunk alcohol makes you feel more attractive.”

Of course, it has long been known that men find women increasingly attractive the more they drink “” the effect known as “wearing beer goggles” “” but I can proudly state that while imbibing, I don’t start considering myself more pulchritudinous.

Funnier, yes, although a debate could ensue over whether it’s more funny ha-ha or funny weird.