Perhaps more than any European wine region, Portugal has been a battleground for old vs. new, tradition vs. technology. And perhaps no one shows how deftly those lines can be straddled better than Joao Silva e Sousa.

“I’ve probably made 200 million liters of Port, and what I learned about tradition, it’s a

good lesson for everybody,” he said this week over lunch at Spill the Wine restaurant in Minneapolis. “But is important to be open-minded. Most of the techniques we use now come from people with vision: controlling temperatures, managing oxygen, all of that.

“If you don’t understand what you can transform to do better, you will lose in the future. 

So in his work as a winemaker to some Quintas and consultant to others, Silva e Sousa has turned his car into “sort of a laboratory. I’m carrying customized oximeters, pH measures, all sorts of instruments. Mostly we are in an Old World country, but one where we can have a lot of experimentation with grapes. I am always trying to innovate. 

His wines show it, especially two red blends with Old World dirt and elegance and new 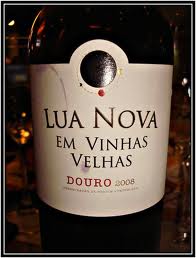 “Blending varieties is what we do,” he said. “Thank God we don’t have only cabernet sauvignon or syrah. 

Silva e Sousa spends much of his time dashing about the countryside ““ “My new car has two months and almost 30,000 kilometers on it. I travel a lot in a small country. I have five kids. I have to work a lot.  ““ to craft tasty wines.

But he also must devote much of his time to sales and marketing, of both his product and his homeland. He elaborated:

“Nature has done a great job in Portugal, especially to select what grapes grow well here. We have amazing climate to produce fruit. But we don’t have the skills or the will to market our wines.

“Portugal is 900 years old, the oldest country in Europe with our borders defined. Basically we kept the land the Spanish didn’t want. Our history is curious. Our first king founded the country by beating on his mother and killing her, so we have a Freudian situation.

“Some of our vines are 90 years old. They’ve seen a lot of politicians and still survived [laughs]: monarchy, republic, Fascist. The last 35 years we have had democracy. But people didn’t look to wine or agriculture or fishing like a business. They didn’t respect what 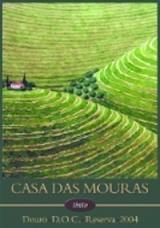 nature gives us. They wanted to build roads. Now we have beautiful highways, and we are broke. It’s our fault. Now we understand that the model is wrong, but we don’t have the money to fix it. In wine we have always been on our own. 

And then there are all those unfamiliar grapes.

“Let’s be a bit philosophical: It’s always difficult to sell diversity. In nature, in everything,” Silva e Sousa said. “We’re fighting prejudice, being Portugal and having so many unconventional grape varieties and so many different terroirs. It’s very difficult to communicate what Portuguese wines are, starting with having a lot of unpronounceable names. But we have decided, “˜let’s stick with what we know. We have so many centuries of going down this path.’

“For the last 10 years the critics have been saying Portugal is the next revelation. I’m still waiting for that. 

If more Portuguese vintners take Silva e Sousa’s Old/New World approach, and especially if they make wines as delicious and focused as his, the chances of that “revelation” occurring improve exponentially.