What started as a post for this site evolved into today’s Liquid Assets column, and it contained a rarity: calling out brands that in general are not worth recommending.

That’s an ongoing quandary for a wine critic, or at least for me. I have always been able to rationalize only writing about wine I like in the paper due to space limitations. At the same time, it would seem to be a huge service to consumers to cite wines that are poorly made.

On the Internet, of course, the not-enough-space argument is a steaming pile of ca-ca, and that has prompted my pals Jason and Mike and me to ponder a website that would “out” the bad stuff. We would call it something like plonk.com, SuckyWines.com or drinkthat-notthis.com. We couldn’t hide behind aliases, not even an Alan Smithee-like moniker, at least if we wanted to have any credibility.

That might yet happen, although it’s not without issues. We would have to be sure to only nail wines that are poorly made, not wines made in a style we don’t like. As a reviewer, at least in the newspaper, I have to be willing and able to tout a well-crafted version of a super- 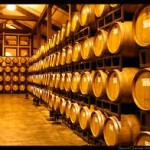 oaky/buttery chardonnay or an overly grassy/grapefruit-y New Zealand sauvignon blanc, even if I would never buy such a wine, simply because a lot of consumers like those styles.

Also, the Internet is forever, but sometimes wineries evolve and improve, as new grape sources or vintners come on board. So a brand slam might become out of date, i.e. wrong. And there goes the whole credibility thing.

Until I can find the time and fix the issues (ideas welcome), I will be doing exactly what the folks who send me samples want me to do: praising (in print or cyberspace) the ones I like and not writing about the crummy ones. Sigh.