One wine debate that simply won’t go away is over the 100-point system, its usefulness and abusefulness, its helpful and harmful aspects. 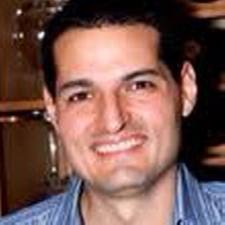 As something of a potential sea change unfolds on this front — the Aug. 31 Wine Advocate will find Antonio Galloni (left) reviewing, and scoring, California juice, replacing 100-point progenitor Robert M. Parker — the system is a bit under siege, at least on the Interwebs.

The Hedges winery in Washington and some other folks put forth a proposition that all scores are created evil in a manifesto that has been signed by many luminaries, including a couple of my favorite viniferous figures, winemaker Randall Grahm and importer Kermit Lynch.

Then two journalists I respect a lot, W.R. Tish and W. Blake Gray, ponied up a fun and informative debate on the subject at the Palate Press site.

I’ve always found a combination of scores and tasting notes interesting, but useful only if I can align my palate with an individual reviewers and learn where they merge and diverge. Just like with movie or music critics.

But only in that context are scores of any use to readers/consumers. So I don’t use them here or in the Star Tribune. But I give a score (5.0-10.0; no idea why I like the decimal approach better) to every wine I taste; they’re invaluable to me as a guidepost, the go-to factor in choosing wines of the week and making recommendations in general.

For many wines, I slash in a second rating with an “e” at the end, to indicate that it might be an 8.8 wine but is a 9.2 value because it’s $11. Quality-price ratio is the crux of the matter when buying wine.

I grade rather high. I definitely do not follow the lead of New York Times writer Howard G. Goldberg, who wrote recently that “My measure of 95 and up is that the wine is so spectacular it leaves me literally speechless” — even though I believe that when we encounter profound wines, we should primarily just enjoy and not pontificate about them. 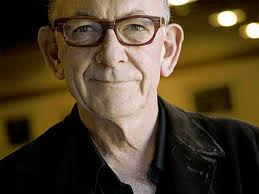 I continue to tweak the ways that I score wines. I now give higher numbers to exemplary offerings of what many consider “lesser” grapes, your lemburgers and picpoul de Pinets. As none other than the aforementioned Mr. Lynch (left) told me a few years ago, “Here’s this muscadet that’s flawless, it’s perfect. That’s a 100-pointer. It’s not a Meursault, but it’s perfect.”

And I jot down more low scores on what is in actuality a 50-point scale. In the past few months I’ve probably sextupled (always wanted to use that non-word) the number of ratings in the 5.0s and 6.0s in my logs.

Some of these poor scores go to “manufactured” wines from bulk producers. But many of them, ironically, go to bottles from well-known wineries that have recently gotten bad (or no) ratings from the Parkers and glossy magazines of the world, and hope that someone, somewhere might like their wine.

For now at least, I only write about wines that I like, although some industry friends and I have toyed with starting a site called something like plonk.com that would pillory poorly made wines. Now those are some ratings that truly could help consumers.