One of the great things about wine gatherings is that there’s lively discussion on matters we agree upon, and on matters we don’t. But with the right crowd, resolving the latter is great good fun. 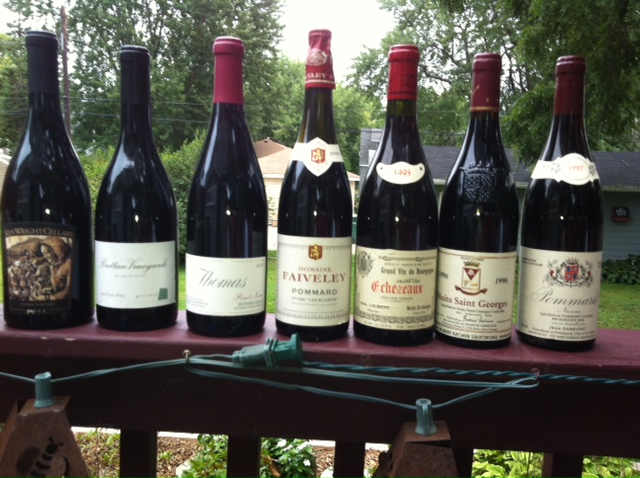 Last weekend’s confab, which I sophomorically dubbed Pinot Night on My Big Deck, started with one such bit of discourse on a matter of some import: the order of the wines.

The timeworn tradition is to start with the lighter wines (in this case, the Burgundies) and work “up” to the “bigger” ones. But my pal Joe countered with a take that might apply only to this varietal and its signature regions: “It’s not fair to the New World pinots to do the Burgs first. Too much to live up to.” I agreed, and others relented.

Good call, as it turned out.

Actually, though, we began with bubbles (made with at least some pinot under the 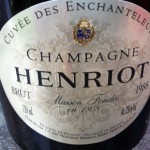 Luddite host’s decree), including an extraordinary 1988 Henriot Brut, powerful but enchanting. Then we had California and Oregon flights with Joe’s stinky cheeses and Lonny’s fabulous guac, then an “intermezzo” of rieslings and pink bubbles with the burrata caprese and the Burgundies with the chicken, roasted taters and Reid’s amazing green beans.

Along the way there were some fascinating revelations and conversations. We had two decidedly different Rivers Marie pinots, an earthy but refined ’06 Summa Old Vines and a ripe, lush ’09 Silver Eagle Vineyard. They evoked strong emotions and a divided crowd, but as with all individual wine assessments, there was no “wrong,” a lot of hue but no crying. I liked them both, but loved the ’06’s delicate elegance.

In fact, although most wise folks are loath to call any West Coast pinot “Burgundian,” you could at least “see the Old World from there” with my two domestic favorites, the Summa Old Vines and a sublime 2010 Thomas from Oregon.

The varying styles of all the wines provoked the most conversation by far, whether we were savoring a stupendous 1995 Domaine Laurent Grand Cru Echezeaux or trying to figure out a murky (in color and flavor) 2002 Adrian Fog Demuth Vineyard Anderson Valley Pinot.

We talked vintages and terroir, but most of the repartee was about the winemaker’s
hand. My friend Mike and I, prompted by perusing the iconoclastic Clark Smith’s 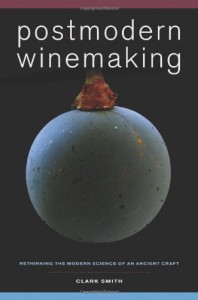 “Postmodern Winemaking,” had been discussing the shakiness of the “natural wine” movement and the silliness of the still-popular catchphrase “Our wines are made in the vineyard.”

We all of course agreed that a winemaker needs to have great grapes to great wine, but that subsequent decisions ranging from when to harvest to how to press and ferment and store, invoked and involved said winemaker’s hand. The person, perhaps more than the vineyard or vintage, was responsible for the wildly varying styles of these wines.

Exactly a year earlier, much of this same group had convened to sample a buttload of wines from Oregon’ Shea Vineyard, and come to the same conclusion. But we had an additional thought on this night: For most consumers, who shop at much lower price points than the Pinot Night wines, the style differences are much narrower.

I’m not ready to declare that those less spendy wines are homogenized, or that in what we were dubbing “the upper 2 percent” of wines, the vintner’s predilection is always there. There’s some truth in both statements, but the bigger truth is this:

All these winemakers are trying to make the best wines they can, whether the object is mass appeal, or pleasing critics/cognoscenti, or just crafting something the vintner him- or herself loves.

And how they get there involves a helluva lot more than terroir. Or, put another way, the vintners are a seriously integral part of “terroir.”

And finally, that we wine lovers are blessed to live in a time when so much distinctive wine is being made that the same grape can produce such fascinatingly different, and eminently satisfying, results.