Everyday: I bow to no one in my admiration for Portuguese reds. The ones that make it 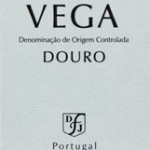 to these shores are almost uniformly swell. But too many of them hover around the $18-$22 range, which makes the DFJ Vega Douro 2009 ($12) such a revelation. Packed with red and blue fruit flavors and spices and characteristic dirt, this blend is almost full-bodied but retains a refined element. The tannins give it spot-on structure, and the finish is rewardingly rich. Wine Enthusiast named it the #1 bargain wine of the year, and ““ especially after landing a six-pack for $50 ““ I’m inclined to agree. Try it with grilled sausages and burgers, meaty pizza or vegetable terrines, plus maybe some dark chocolate to cap it off.

Occasion: The 2007 Napa cabs got widespread acclaim, and with good reason. But I’m a 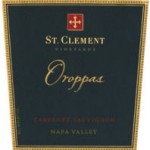 slightly bigger fan of the ’08s, especially after savoring the St. Clement Oroppas Napa Cabernet Sauvignon ($55). Large and in charge, this robust red has fab fruit (classic cassis flavors, plus some plum), great grip and some almost tar-like minerality. It boasts prototypical cabernet elements, including a hint of expresso, a hearty mouthfeel and a seriously silky finish. Break out a slab o’ meat for this puppy (braise, roast, grill, whatever), or savor it next to a cracklin’ fireplace.