Like a little cheese with your wine movie? A bit (actually a good bit) of ham? Well, I’ve got the flick for you.

“The Secret of Santa Vittoria” stars the king of 1960s ham-osity, Anthony Quinn, is a splashy comedy about an Italian town trying to keep nasty Nazis from purloining their precious fermented grape juice. 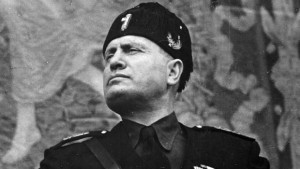 It’s the summer of 1943, and the ludicrously imperious buffoon Benito Mussolini has been overthrown. So the titular village chases off its Fascist mayor and, in ever so Italian fashion, installs town drunk Bombalini (Quinn) in his place. Soon the Nazis are encroaching, and they want the community’s cache of a million-plus bottles of ballyhooed wine. (Blessedly, the Nazis are more menacing than that era’s Col. Klink and Sgt. Schultz.)

A battle of wits ensues, and Bombalini proves anything but witless. Or hapless, thanks in no small part to the firm direction of Rosa (Anna Magnani) and the distraction of the fetching Contessa, Caterina Malatesta (Virna Lisi).

Quinn chews up scenery and spits out dialogue in mid-century method fashion, and the accents seem super-cheesy even from the Italian thespians. But it’s all great good fun and froth, and “Secret” garnered a Golden Globe Award for best motion-picture comedy.

The 1969 film, adapted from a Robert Crichton novel that spent 18 weeks atop the New York Times’ bestseller list, was 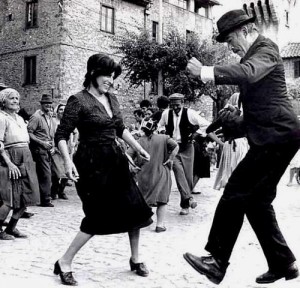 This movie is very much of its era — especially the dialogue (“Brave men and good wine, they don’t last long”) — but is well suited for those of us who love Italy as well as wine enthusiasts and anyone who gets a kick out of small-town shenanigans.

Now for the bad news: “The Secret of Santa Vittoria” is currently not available on DVD (well, Amazon has one for $55) or at Netflix, but is in semi-regular rotation on TCM. I’m also hoping, this being 2015, that we’re near the day when we can click and watch most any movie for a small fee.