You needn’t have visited this site much to notice my ardor for varieties that are considered “secondary” in the wine world’s weird pecking order.

I’m a huge fan of cabernet and sundry expressions of Burgundy’s grapes, chardonnay and pinot noir. Riesling often makes me swoon like a lovesick swain.

But I take special delight in exploring and enjoying trousseau and fiano, sagrantino and assyrtiko, negroamaro and verdejo, plus scores of grapes that don’t end with an 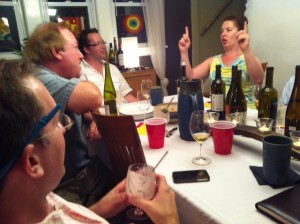 “o” sound. I am not a member of the Century Club, but I have long since surpassed eligibility standards. Blessedly, I have quite a few friends who share this vinous wanderlust at least this much (left).

Even more fortuitously, more and more California vintners are delving into this territory, and more and more renditions are arriving from regions in which they have long been known to thrive. Out west, some of these folks have organized a bit and even held gatherings under the “7 Percent Solution” banner (showcasing varieties other than the seven grapes that make up 93 percent of California plantings.

So, determined not to wait the usual two-plus years for a coastal trend to reach the 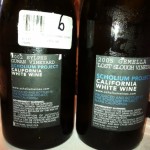 hinterlands, several of us gathered at my friends Jason and Angela’s house to sample wines from Massican, Arnot-Roberts, the Scholium Project, Turley and a few European offerings from those who had no domestic examples.

And, well, wow. Not every wine knocked it out of the park, but all were well made and interesting. Some were revelations (the Foley charbono with Jason’s fantastic mixed grill, a Yalumba Wrattonbully Botrytis Viognier with Angela’s epic homemade strawberry ice cream).

In fact, as my friend Lonny noted, “they all seemed to be great wines with food, something that over-the-top chards and big grapefruity/grassy sauv blancs struggle to do.”

For Lonny, the wine of the night was the Masssican Annia blend, and immodesty 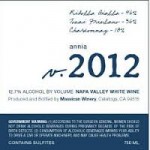 allows me to agree even though I had brought the wine (and ordered several more the next day). It embodied what the night was all about: expressive and distinctive wines that also taste pretty damn swell.

At a couple of points I asked some of the group whether these wines would seem so special if we drank them as often as we do the “93 percent grapes.” No one had a firm response, probably because it is unknowable and thus a dumb question.

But as usual, my friend Joe had the best take: “What I do know is that these are wines produced by people who are more about passion than profit and chosen by wine lovers. And oh, that ice cream!” 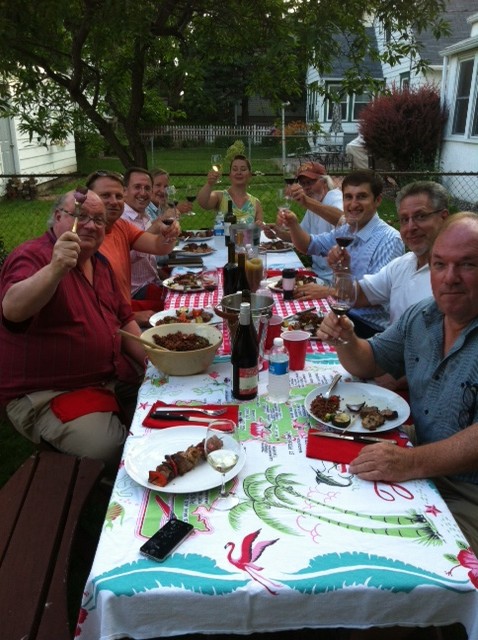