I used to really really really want to eat at the French Laundry. Then a few years back, I got an opportunity to dine there, but it conflicted with an already planned family outing that was very important to me (and might have given me lifelong brownie points with the other participants — at least the ones who didn’t think I was certifiable).

In the ensuing years, my interest has waned. I love Thomas Keller’s cooking; his Ad Hoc is among my favorite Napa eateries. But meals that last five hours hold little appeal for me anymore, the fixed prices have skyrocketed, and I always have been turned off by the restaurant’s ludicrous reservation policy.

Now comes word that the Laundry and Keller’s New York restaurant, Per Se, are charging $150 corkage fees. That’s more than 99 percent of us are willing to pay for an actual bottle of wine.

What’s especially galling about this snotty arrogance is that the markups on the Laundry’s wine list are truly beyond obscene. A half-bottle of Patz & Hall Hyde Vineyard 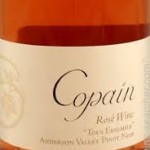 Chardonnay is $110, almost twice as much as a whole bottle goes for at the winery ($58). Copain’s delightful Tous Ensemble rosé is $70 at the Laundry; the average at Wine Searcher is $22. The 2000 Giuseppe Quintarelli Amarone della Valpolicella Classic is $825 at the Laundry and $444 at Wine Searcher.

I could go on, but you get the picture. You could throw a dart at the Laundry’s list and know that it will hit (a) a really good wine, and (b) an egregiously shameless (or shamelessly egregious) ripoff. Basically, and crudely, Mr. Keller has his customers by the short hairs. It’s completely legal larceny, and no array of doubtlessly wondrous dishes at the Laundry or Per Se would be able to wash the bad taste out of this mouth.

So none of Mr. Keller’s  haught cuisine for me, thank you.

The decision admittedly is made easier by the fact that I can get amazing food for much less money and exponentially less hassle. I had indescribably delicious braised pork cheeks for lunch yesterday at the fantastic new restaurant Brasserie Zentral. The cost: $16. We lapped up an astounding array of delectable dishes recently at San Francisco’s State Bird Provisions, which last year was named the nation’s best new restaurant by Bon Appetit and at the James Beard Awards; the tab for five of us was less than what it costs one person to eat at the Laundry.

It reminds me of the approach that I generally take to wine purchases at the spendy end. Once something gets over $80 or so, I’m out. But that decision is made easier by the process, and the results of seeking out cheaper wines that are just as good. 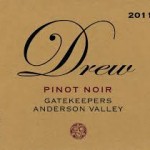 For years, I bought Aubert, Williams-Selyem and Kosta-Browne, but they have continually jacked up prices to make the wines out of (my) reach. But I discovered Drew’s pinot noirs, which I find every bit as good as those three wineries’ offerings, and for a ton less money. You have to do some research and legwork, and find other enthusiasts who are seeking out the same kind of stuff, but you can end up with the same quality.

In the restaurant world, with so many fabulous chefs plying their skills in every city, that process is even easier. And yes, I’d rather eat four meals at Restaurant Alma or Herbsaint or Husk Nashville or Zuni Cafe than one at the Laundry, never mind the corkage.

The world is full of nuance, but my views on corkade fees are pretty black and white: Restaurants should waive corkage fees, one-for-one, on each bottle customers purchase. If a customer brings in a bottle (that’s not on the restaurant’s list) and buys one from the list, no corkage for that. Bring in two, buy two, same deal. If a customer calls in advance to clear it and brings in a bottle but doesn’t buy anything, a small corkage fee (maybe $15) is not unreasonable.

The rationale one most often hears from restaurateurs for outsized wine-list markups is that they have to make big margins on beverages because they don’t make any on food. Well, that’s their problem, and they shouldn’t make it wine’s problem; they are hating on wine, I say.

Charge more for the food, damnit! Otherwise, you’re asking customers who like wine/beer etc. to subsidize those who don’t.