I am majorly blessed to have more than my share of generous who have collected old wines of fine pedigree. Last night we had a wonderful dinner at the home of one of these hail fellows well met (and well stocked).

After some sublime youthful “lighter” fare “” a couple of grower Champagnes, ’08 and ’09 Louis Carillon Puligny-Montrachets “” we dove into Nick’s old reds: a stellar 1998 Vieux Telegraphe Chateauneuf-du-Pape and a 1990 Grand Puy Ducasse, both vibrant and tasty.

But a 1992 Chateau Le Gay Pomerol proved problematic, showing a nice tannin-acid balance but quite short on fruit. Fellow guest Larry suggested decanting the two-decade-old Bordeaux and “shaking the [merd] out of it.” At least I think that’s what he said.

So Nick did that and it flat-out brought the Le Gay to life, very nearly turning it into the wine of the night. Almost as satisfying as the resulting wine was the knowledge that we had handled it just the right way. 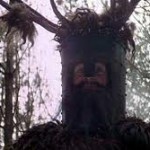 Many consumers tend to think that old wines need to be decanted, but I am one of the Knights Who Say Ni to that notion. Many old wines break down very quickly when they are exposed to oxygen, and decanting can hasten that process.

All wines should be smelled and tasted before even thinking about aerating, but it is mostly the younger stuff that is well served by breaking out a decanter. Last week the venerable wine writer Charles Olken wrote a column headlined “Throw Out Those Decanters,” claiming that swirling in a glass can accomplish the same goal. That has not been my experience.

With some wines, including virtually every Saxum and Quilceda Creek I have tried, it’s not a bad idea to “double-decant” “” pouring the wine into a decanter, shaking it, then putting it back in the bottle “” several hours before it is to be served.

With wines that have followed the old Archie Bell & the Drells song and “tightened up,” a 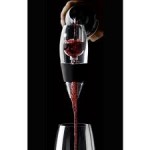 decanter or even a Vintouri, the dandy little device that aerates wine poured through it, can really open up that fermented grape juice. Something about esters and such arcana.

With last night’s Pomeral, wine savant Larry provided an explanation I had not heard, that older wines can go through a phase where the fruit somehow becomes secondary to the tannins and acid. As usual, he was spot on “” enriching an already memorable evening.